They're cheep-er by the dozen 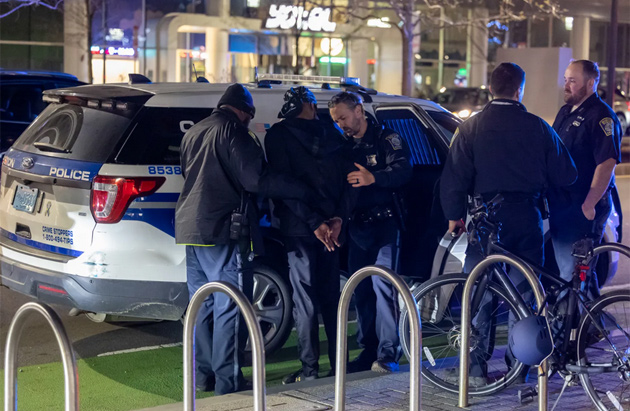 Suspect being put in cruiser. Photo by Live Boston.

Live Boston reports an employee at Kings on Seaport Boulevard slashed somebody in the neck around 8:30 p.m. and that police found and arrested him about a half hour later. The victim is expected to survive. Read more.

A former Lowell man now living in Florida was charged with federal human-trafficking and gun charges yesterday stemming from his arrest last year at a Revere hotel, near the one where he allegedly used threats of force and a gun to keep two Oregon women turning tricks for him via ads on various "adult" Web sites. Read more.

We don't suppose his GPS told him he could park there 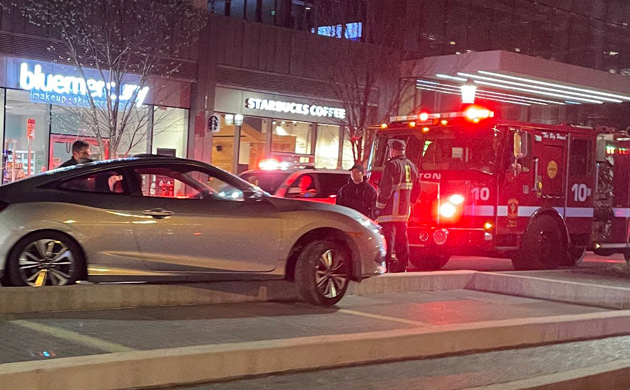 Shamus Moynihan ran across this example of Boston parking tonight on Seaport Boulevard.

Downtown to get simulated indoor golf; Seaport to get real indoor mini-golf

Boston could soon be awash in places to hit your putts without worrying about the weather: With one indoor simulated golf "course" already planned for West Broadway in South Boston, companies are now proposing two more: A similar full-swing facility across from City Hall, where the wax museum used to be, and a mini-golf range in a new space in the Seaport. Read more.

Boston firefighters responded to the waterfront between the ICA and the Mass. Mutual building on Fan Pier on a report of a dog in the water around 10:45 p.m. They rescued a dog from the cold waters and returned it to its owner.

Critical Dunkin' Donuts shortage in the Seaport could soon be eased

The Boston Licensing Board decides tomorrow whether to let a Dunkin' Donuts franchisee open an outlet at 157 Seaport Blvd., across the street from the World Trade Center, where it formerly had an outlet that had to be shut due to extensive renovation work at the center. Read more.

A Canadian developer says it will soon file plans with the BPDA to replace a 361-space parking garage on Farnsworth Street with a four-story life-sciences building with no parking whatsoever. Read more.

Court says man got a fair trial on charges he raped a coworker in a Seaport hotel, so he gets to remain behind bars

The Supreme Judicial Court today upheld a Virginia man's convictions for raping a co-worker and photographing her in the nude without her consent while they were in Boston on a business trip in 2018. Read more.

Update: No violation by Lucky's, board rules.

When bouncers at Lucky's on Congress Street in the Seaport say that when they told an out-of-town patron he couldn't smoke in the restaurant vestibule, he unleashed a torrent of N-word-laced expletives at an off-duty bouncer who'd stopped by, then spit in his mouth, which led to a fight that ended with the patron on a gurney in a hallway at Mass. General, his jaw wired shut, police and workers told the Boston Licensing Board this morning. Read more.

Wealthy Russian locked up in Plymouth jail offers to hire private guards to watch over him in a Seaport apartment; government says he would walk 150 yards to a dock, get on a boat and flee

A federal magistrate judge took no action today on a request from a Russian executive that he be allowed to await trial on fraud charges here in an apartment in the Seaport rather than continue being locked up in a cell at the Plymouth County House of Correction, where he has been held since his extradition from Switzerland last week. Read more.

Russian facing financial-hacking charges swears he would stay in a Seaport apartment if released on bail; government says, yeah, right, asks he be locked up pending trial 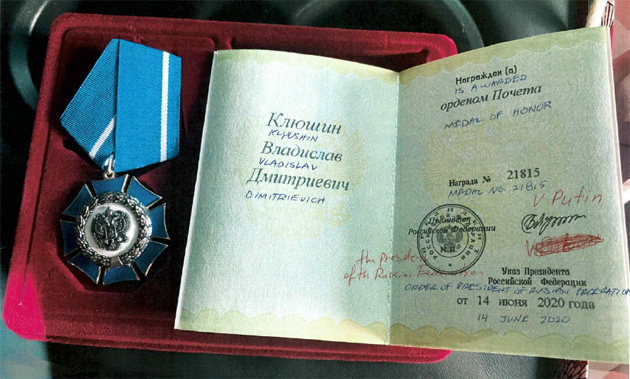 A federal magistrate judge in Boston tomorrow considers whether to set bail for a Russian man accused of a leadership role in a hacking ring that allegedly obtained quarterly financial data from numerous US public companies before the information was released - letting the ring make $80 million in stock-trade profits over just two years. Read more.

A Connecticut chain that serves Japanese ramen and Vietnamese pho wants to open its first Boston restaurant at 44 Thomson Pl., but the Fort Point Neighborhood Association is asking the Boston Licensing Board to scale back its proposed 12:30 a.m. closing time to a more Boston time of 11 p.m. Read more.

The brewery was evacuated; there were no injuries. Read more.

Owner of boat that hit a Boston Harbor navigational marker, leading to one passenger's death, says it's not his fault he didn't see it

A Seaport man who crashed his boat into a 40-foot-high marker in Boston Harbor in July, forcing him and his passengers into the water, where one drowned, is asking a federal judge to limit how much he can be forced to pay out for any lawsuits because, he claims, it's not his fault he plowed into the large fixed structure late one night. Read more.

Grand jury indicts man for crashing his boat in Boston Harbor, killing one of his passengers

A Suffolk County grand jury this week indicted Ryan Denver of the Seaport on manslaughter and related charges for a crash in July that killed Jeanica Julce, the Suffolk County District Attorney's office reports. Read more.

A developer has proposed replacing an open-air parking lot and Silver Line Way at the end of Congress Street at Starboard Way with a two-wing, 13-story life-sciences lab building and a two-story building aimed at providing STEM training for people from more distant parts of Boston. Read more.

Actual bookstore to open in the Seaport on Monday

Porter Square Books of Cambridge today confirmed a report by the Fort Pointer that it will be opening its Boston edition at 50 Liberty Dr. on Fan Pier tomorrow.

The book store is part of new quarters for Grub Street.

Great, now the robots are having block parties

Tomorrow in the Seaport.

Ferry service between East Boston and Seaport to start next week