Boston to pay Brighton family $500,000 to settle suit over way police with a 'no knock' warrant smashed into their apartment and detained them and one of their children by mistake

A Faneuil Street couple today formally signed off on a settlement in their suit against Boston and several BPD officers who smashed their door down with a battering ram in the middle of the night and then cuffed them and their 15-year-old daughter as their other two children - 4 and 5 - watched, in a raid that was supposed to be aimed at somebody who lived in the apartment next door. Read more.

A federal judge ruled yesterday that a Brighton couple can continue their suit against the city over the way a BPD drug unit with a no-knock warrant smashed into their apartment with a battering ram at 4:30 a.m., and kept them handcuffed and lying on the floor in front of their young children for 20 minutes until the officers realized they had the wrong apartment. Read more.

Condos could replace mufflers and bags off Market Street in Brighton 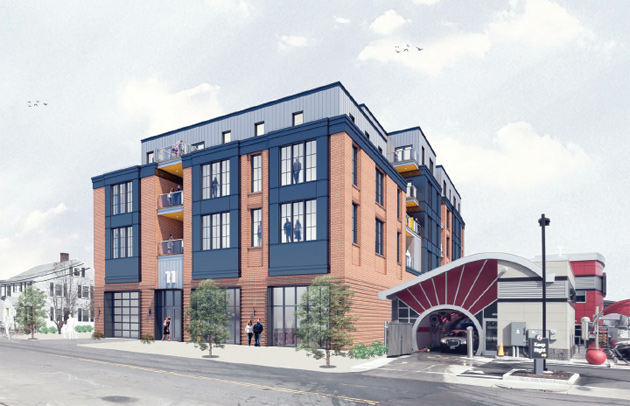 Resisidents of proposed Faneuil Street building won't have far to go to get their cars washed or to see birds.

City Realty wants to replace a Meineke muffler shop and the Bagman on Faneuil Street in Brighton with a five-story, 41-condo building. Read more. 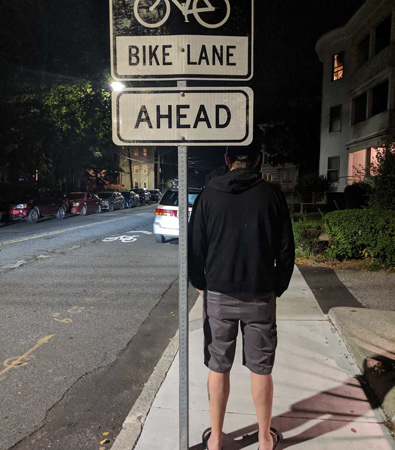 A concerned citizen filed a 311 complaint about this sign on Faneuil Street in Brighton:

Not damaged ...JUST DANGEROUS! Bike lane sign is Dangerously SHORT!! Someone is going to lose an eye or their head!! West bound side of Faneuil!!

Two men died in Brighton because a third was angry at getting asked to leave a gathering, DA charges

Nicholas Antoine, 20, of the South End, was arraigned in Suffolk Superior Court today on an indictment charging him with the shooting deaths of Wilfred Peters and Jeffrey Montaque on Faneuil Street in Brighton on June 30.

Police report they arrested Nicholas Antoine of Roxbury with the help of the US Marshals and Jonesboro police on Friday.

Boston Police report a tip led them to a plastic bag near the baseball field at McKinney Playground, 74 Faneuil St. in Brighton that contained "a .44 caliber F.LLI Pietta revolver along with 100 rounds of .45 caliber ammunition."

Man shot in Brighton; suspect pulled from under blanket in back seat of car in Framingham