Man shot in the leg on Frazer Street in Hyde Park; latest violent incident in area near Ross Playground

A man was shot in the upper leg on Frazer Street, just off Wood Avenue, around 10:20 p.m. A car was also hit by gunfire. Read more.

Shots fired in area of Wood Avenue in Hyde Park

Boston Police are investigating gunfire around 10:30 p.m. on Frazer Street, off Wood Avenue and River Street in Hyde Park. One car hit, no people.

In February, a man was shot in the head and back at Frazer and Reddy streets. 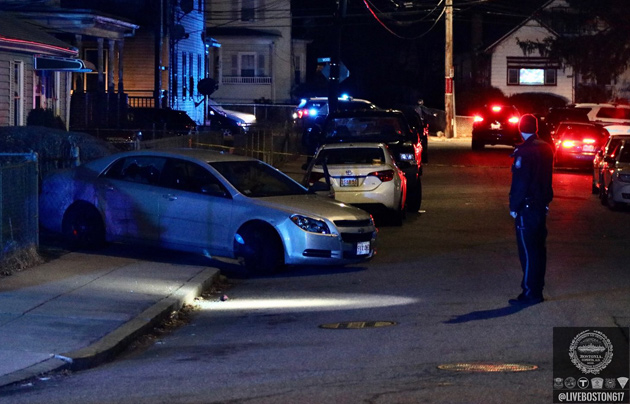 Live Boston reports that a man was shot in the head and several times in the back on Frazer Street, near Reddy Avenue in Hyde Park around 2:20 a.m. Between 15 and 20 shots may have been fired. The homicide unit was called in due to the severity of the victim's injuries.

The shooting came several hours after a man was shot to death about 1 1/2 miles away on Delhi Street in Mattapan.

Boston Police report a man in his late 20s was shot at 38 Frazer St. in Hyde Park around 5:30 p.m. He was taken to a local hospital, where he was pronounced dead. Read more.