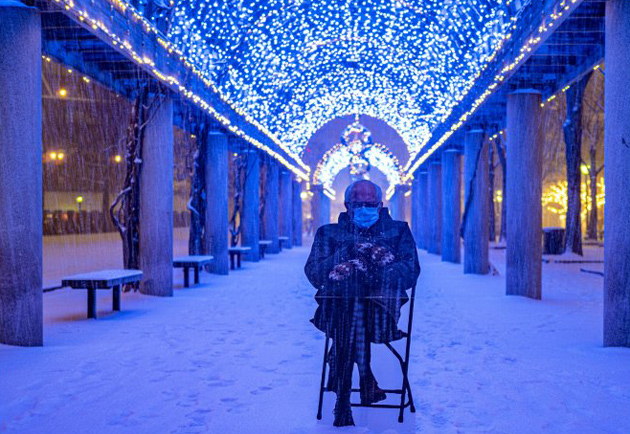 Why, yes, you can now buy a life-sized cardboard cutout of Bernie Sanders in his mittens and folding chair. Adam Balsam got his today, just in time to let Bernie enjoy his Vermont-made jacket while touring a snowy North End.

The Italian American Alliance is pissed at Mayor Walsh's announcement that the Christopher Columbus statue that was decapitated in June will not be returned to its pedestal in Christopher Columbus Park, but instead be sent to the senior-citizen apartment building the neighborhood Knights of Columbus is building: Read more.

The Boston Art Commission has received reports from two statue restoration experts that while the remains of the decapitated Columbus statue from the eponymous North End park can be reassembled, the mortar used to paste his head and neck back together "would be visible" to people wanting to gaze upon him. Read more.

Mayor, state rep agree: North Enders will decide what to do with Columbus statue once his head is put back together 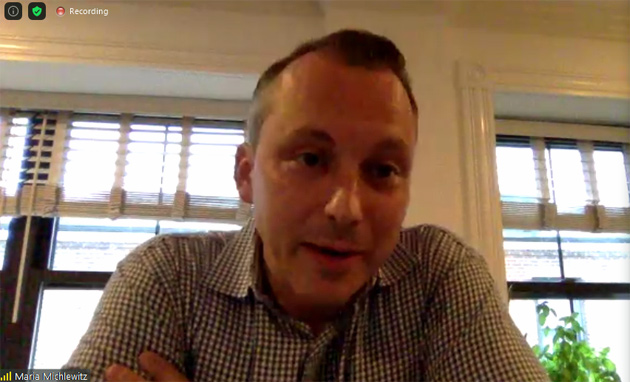 Michlewitz zooms in on statue, other issues.

Nothing inevitable about the name of Christopher Columbus Park; it could have been named for a downtown banker

In his defense of Christopher Columbus Park and the Columbus statue yesterday, state Rep. Aaron Michlewitz made it sound like both projects were always meant to honor the proud "North End people" of Italian descent, and that nothing should be done to either without their consent. Read more.

North End state rep says Columbus statue a symbol of Italian heritage and North End persistence, so knock it off with the beheading 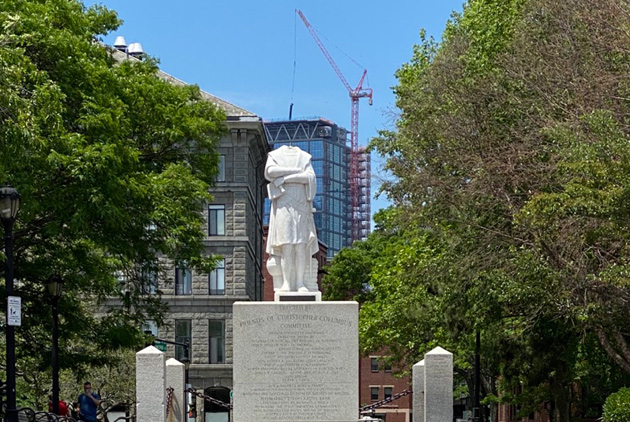 State Rep. Aaron Michlewitz says people need to look beyond Christopher Columbus's reputation as a cruel murderer of both natives and the Spaniards he led and consider the history of the North End and how the statue represents both some of the neighborhood's original Italian immigrants and the fight to keep the North End from becoming an overbuilt district of expensive condos. Read more.

Christopher Columbus decapitated in eponymous park; to be put in warehouse for now 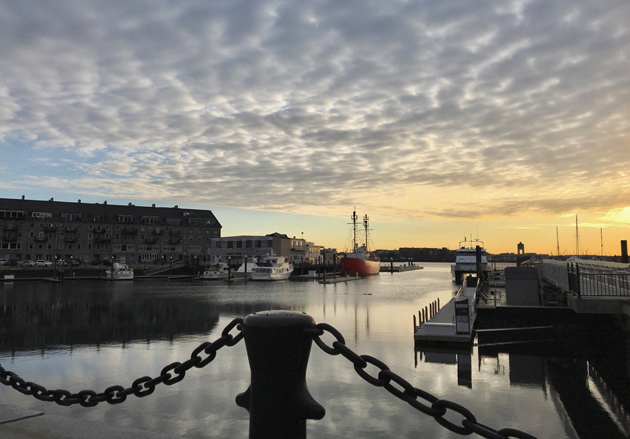 Gary C went for a walk in Christopher Columbus Park this morning.

Getting a bit brighter near the water

Petra A. wandered around Christopher Columbus Park and Faneuil Hall Marketplace this evening.

He probably couldn't find a kayak 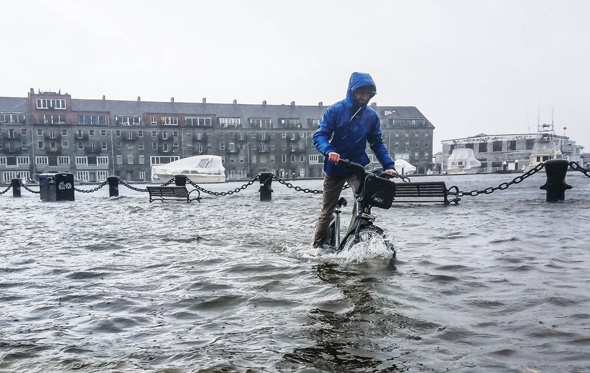 Christopher Columbus Park has a tunnel of love

And NorthEndWaterfront.com has photos. 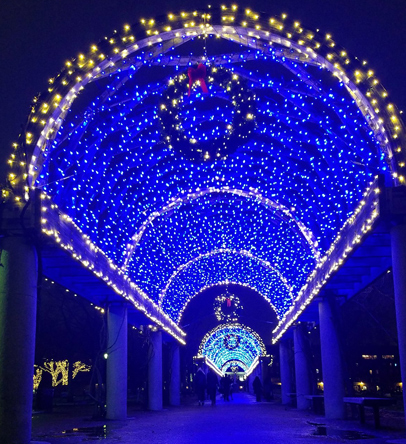 Pig in the city 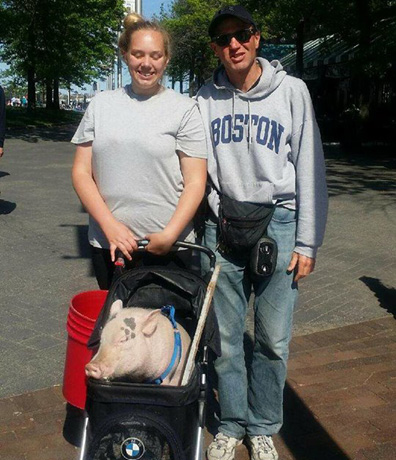 Craig Caplan spotted these two folks today walking their pig through Christopher Coumbus Park, as one does.

UPDATE: Thanks to Flannery O'Brien Skadberg for the identification of this pig about town as Wiggy the Piggy. 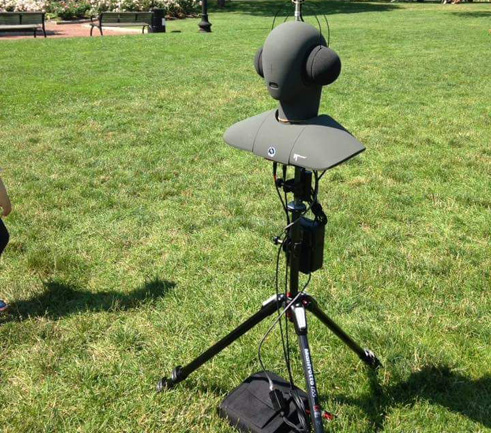 Drew Starr spotted this thing in Christopher Columbus Park, wonders what it is.

Just because we don't have any snow doesn't mean you can't still take magical seasonal photos, as Renee shows us.

Into the heart of fogness 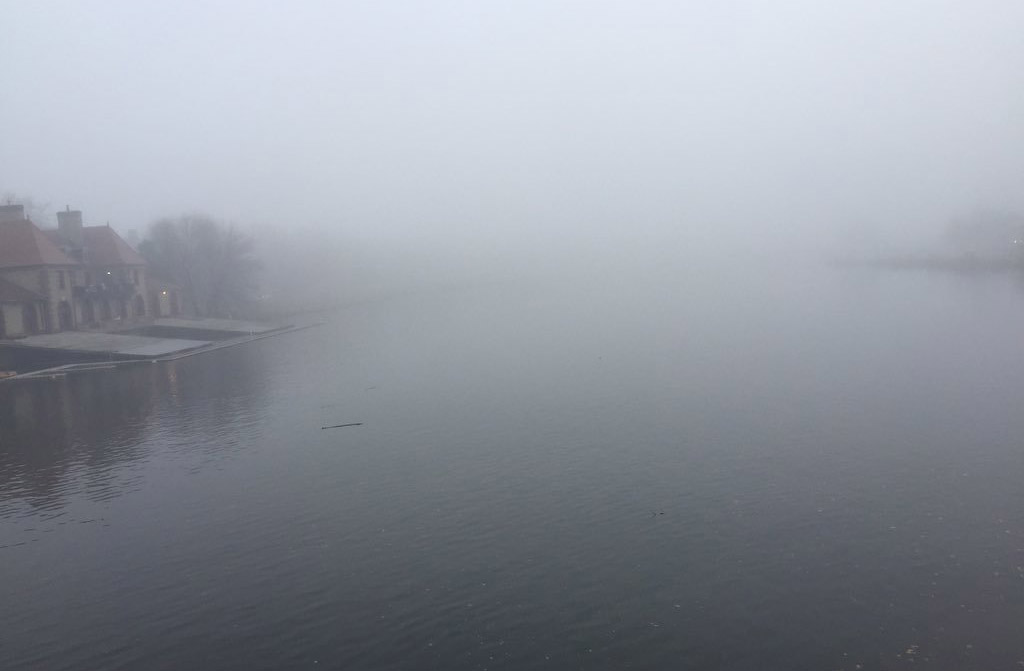 Meagan peered into the mists over the Charles River from the Anderson Bridge this morning. 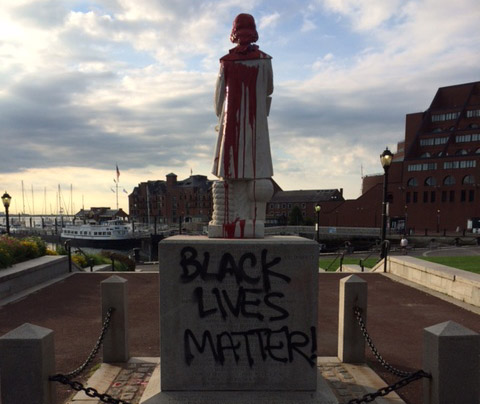 Matt Conti at NorthEndWaterfront.com forwarded this photo of the defacement of the Christopher Columbus statue in Columbus Park some time last night.

By noon today, the paint and message were completely gone after a thorough power washing by a city crew.

Over the years, the statue has been marked up by people with a point to make - once, the statue was even decapitated.

The dispensers, first proposed by City Councilor Matt O'Malley (Jamaica Plain, West Roxbury), make Boston "the first major city in the Northeast" to offer free sun protection to residents and visitors. The city Parks and Recreation Department teamed up with the Melanoma Foundation of New England and Make Big Change to install the dispensers.

There's a petition for that.