Pot shop on Washington Street in Oak Square wins approval, but owner has to come back in a year for a review

After voting in July to reject a proposed marijuana shop at the corner of Washington and Fairbanks streets in Brighton, the Zoning Board of Appeal today approved the proposal, subject to several conditions, including that the owner come back in a year for a review to see how the place is fitting into the neighborhood and to post a sign with a 24-hour number residents can call to complain about any noisy or otherwise annoying shop customers. Read more.

Boston Police report arresting a Dorchester man on charges he tried to rob two people at gunpoint at 4374 Washington St. at Rosecliff Street in Roslindale around 10 a.m. on Wednesday. Read more. 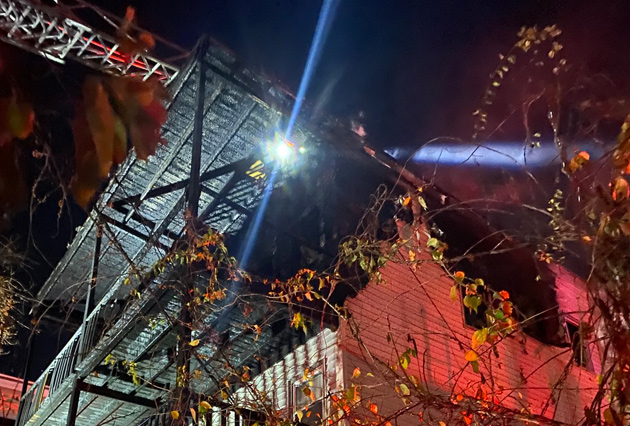 After the fire. Photo by BFD.

The Boston Fire Department reports firefighters responded to 3927 Washington St. in Roslindale around 5:45 p.m. for what turned into a two-alarm fire. Read more.

The Boston Licensing Board yesterday approved the sale of the closed Bangkok Bistro, 433 Washington St. in Brighton, to Piyawut Parinyawut, who will re-open it as BalaMao Restaurant. Read more.

Another apartment building approved on Washington Street in Jamaica Plain 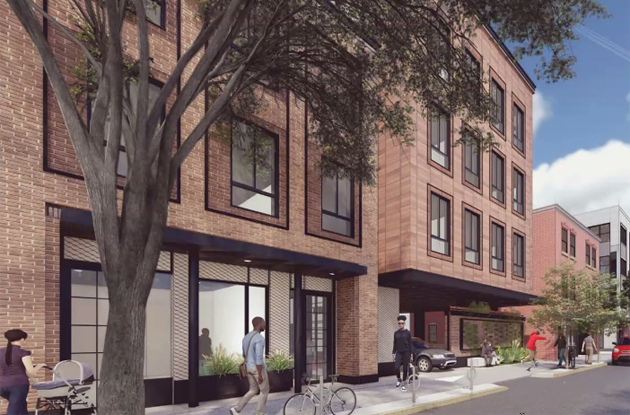 The Zoning Board of Appeal yesterday approved plans to replace a tow lot with a four-story, 29-unit apartment building at 3409 Washington St., between Green Street and Union Avenue in Jamaica Plain. Read more.

BTD is looking at extending the shared bus/bike lane along the inbound side of Washington Street from Albano Street to Corinth Street in Roslindale Square, a BTD planner told the Roslindale West Village Neighborhood Association on Wednesday. Read more.

Man shot to death in barbershop on Washington Street in Dorchester 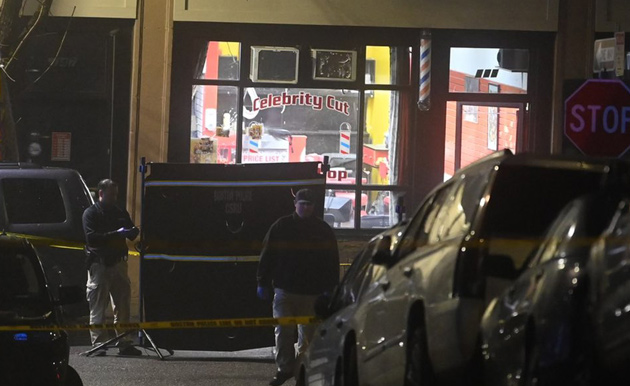 Live Boston reports a man was shot to death in the Celebrity Cuts barbershop, 145 Washington St. in Dorchester, around 7:15 p.m. Read more.

A federal appeals court ruled Thursday that two law-enforcement officers who fatally shot a man in a Roslindale parking lot as he walked toward them with a large knife, taunting them, are protected from a lawsuit by the man's family because of "qualified immunity" - they were acting in the course of their job to protect themselves and bystanders and had no reason to believe they were doing anything wrong. Read more.

Mother of five drives from California to JP to pick up fentanyl and deliver it to Dorchester, gets arrested, is sentenced to nearly five years in prison

A Burbank, CA woman who drove all the way to Jamaica Plain for a job to pick up 4 1/2 pounds of fentanyl and delivery it to a buyer in Dorchester last September was sentenced Monday to 4 years, 9 months in Federal prison this week. Read more. 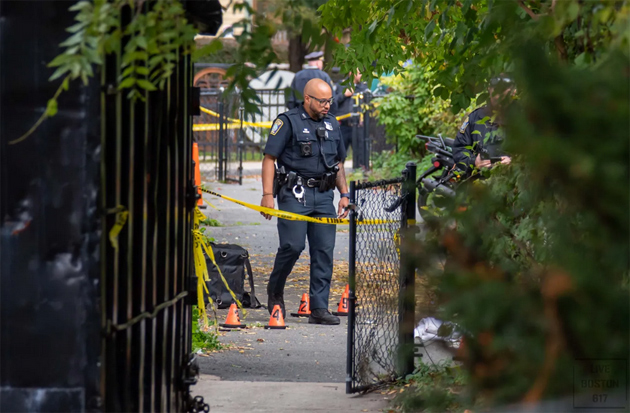 Evidence markers at the scene. Photo by Live Boston.

Boston Police report that two teens were shot in the rear of 2990 Washington St., near Cobden Street, around 12:15 p.m. Read more.

A Dorchester man was arraigned today on an armed-robbery charge for an incident at an entrance to the Corner Mall at Washington and Winter streets on Sept. 22, the Suffolk County District Attorney's office reports. Read more. 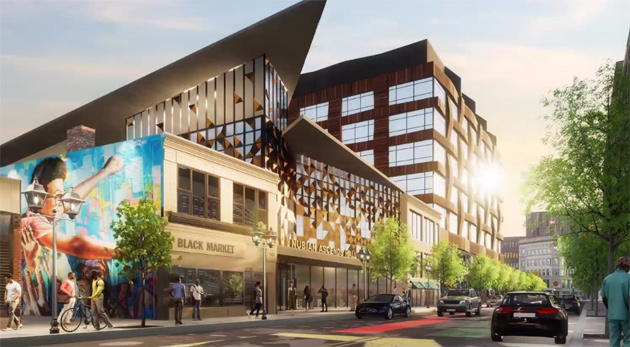 The Zoning Board of Appeal today two new complexes between Washington Street and Harrison Avenue and Melnea Cass Boulevard and Palmer Street in Nubian Square on land that had mostly been used as parking lots for decades following widespread demolition for urban renewal and a highway that never got built. Read more.

Roslindale land that has long been on ice for sale; you'll need some cold hard cash, though 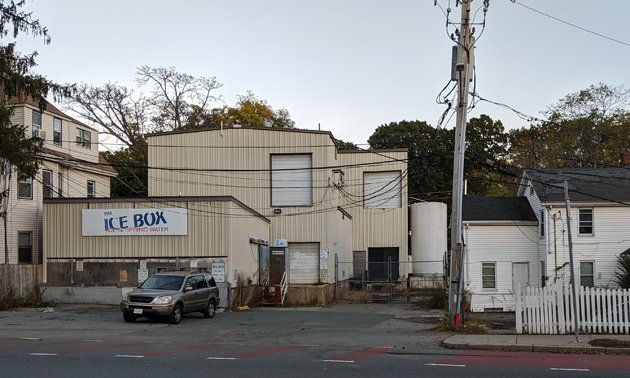 The Ice Box in its heyday, when you could buy both ice and bottled water.

An auction in November could mean a new owner for the shuttered Ice Box, 3890 Washington St., where generations of Bostonians went when they needed a lot of ice. Read more. 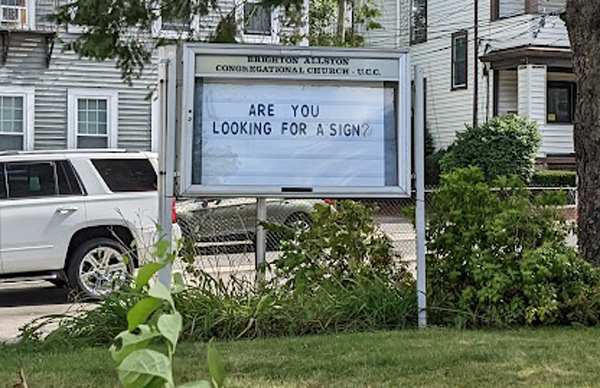 This sign was outside the Brighton Allston Congregational Church in Brighton Center last week.

Man standing in the middle of Washington Street in the South End objects to being asked to move, so hurls a full can of beer at T bus driver's window

Transit Police report a man was just vibing in the middle of Washington Street at West Concord Street in the South End shortly after midnight when a Silver Line bus driver beeped the horn "to move him along." The man took exception to that, police say: Read more.

Chinatown gets a river when old water main gives out 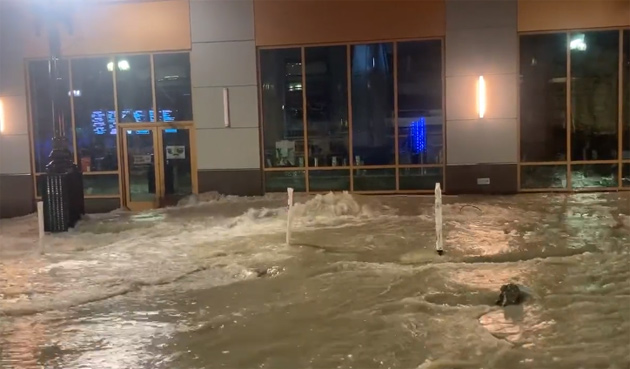 Rachel McKinney raced to high ground at Washington and Lagrange streets and watched the new Washington River in front of Jaho Coffee around 6 a.m. Read more.

T shuttle delayed due to T 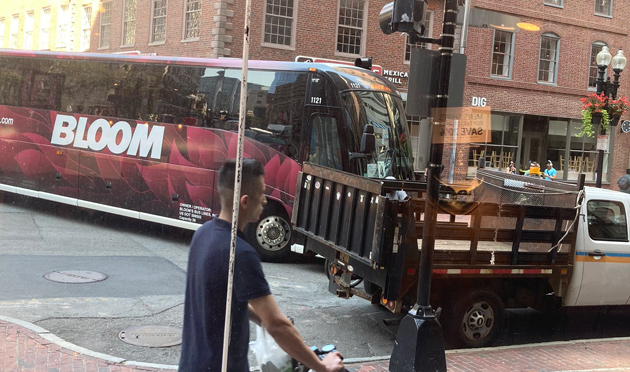 Marco shows us the scene this morning at Washington and School streets in Downtown Crossing, where one of those MBTA shuttle buses found itself blocked in and unable to make the turn because of an MBTA truck parked right at the intersection.

Man convicted of 2018 rape in a restaurant restroom in Dorchester; faces another trial for rape days after he was released on bail in the first case 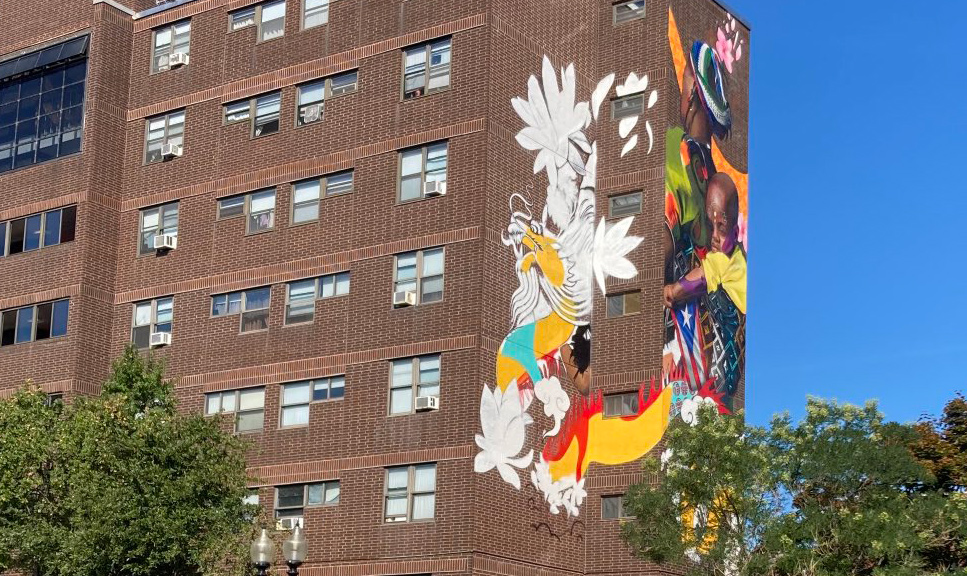 Adam Castiglioni looked up at Victor "Marka27" Quiñonez's "Souledad," now getting painted on the side of the BHA's Washington Manor building on Washington Street between Worcester and West Springfield streets in the South End.

More on the artist and his mural, part of the city's Transformative Public Art project.