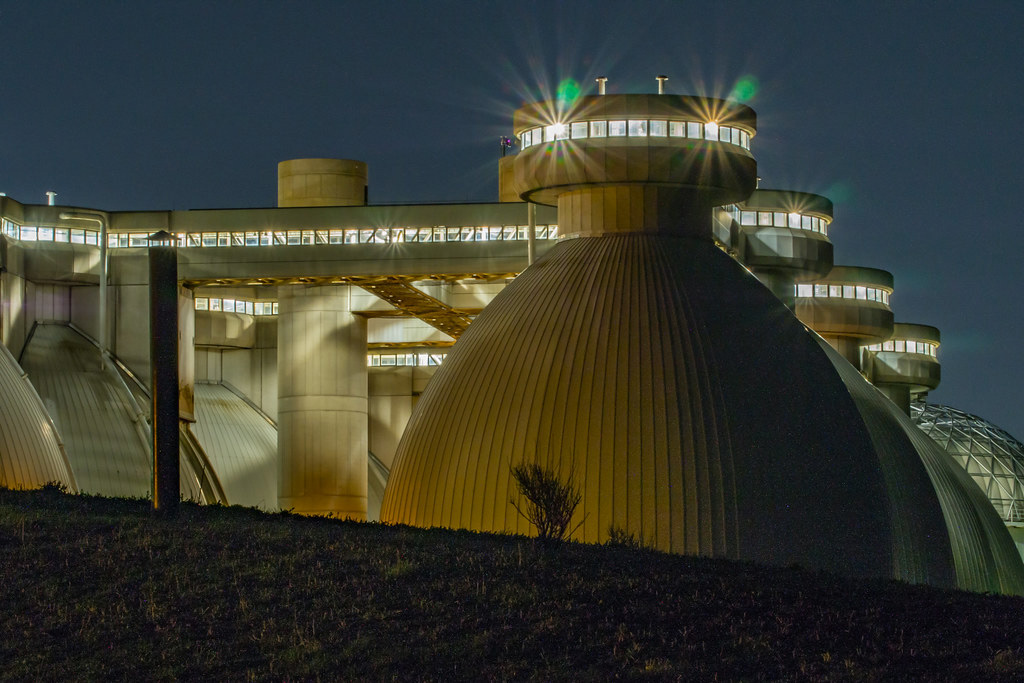 Adam Balsam gives us a closeup nighttime view of the "digester" tanks at Deer Island, where zillions of bacteria contentedly spend their days munching human sewage.

Cue David Bowie, Queen and firefighters: Contents of drum at Deer Island were under pressure

We sent in an entry team under air in level B suits to release the pressure from the drum. There were no exposures or spills . There are no injuries to report. We evacuated the building as a precaution.

One thing the Trump shutdown didn't end was a plan by the Army Corps of Engineers to set off explosives at the bottom of Boston Harbor tomorrow to deepen a shipping channel. It took a judge to do that. Read more.

Rory Nolan watched boats being lifted into the Chestnut Hill Reservoir this morning so crews can try to fight the dreaded cyanobacteria, a.k.a. blue-green algae, which is toxic to people and dogs.

The Great Roslindale Sewage Flood of 1996

Deadly Sins is a WGBH show that highlights storytellers. This week's episode features an account by Ashley Rose, who grew up in Roslindale, at least until her Delford Street house was flooded by raw sewage from a busted sewer main and then condemned, in 1996. Her story starts at about 9:26.

Residents spent nine years battling the MWRA and the BWSC over what became known as Boston's Love Canal. 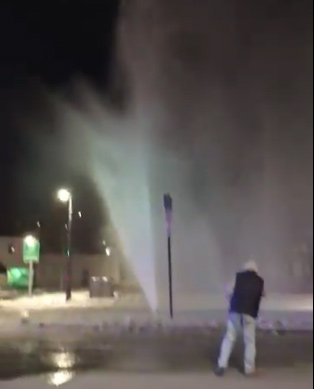 Jessica Feldish got some video of an MWRA water main turned geyser on Huntington Avenue outbound, at the Brookline line just past where it goes under the Jamaicaway. Needless to say, avoid the area.

Where the water comes from 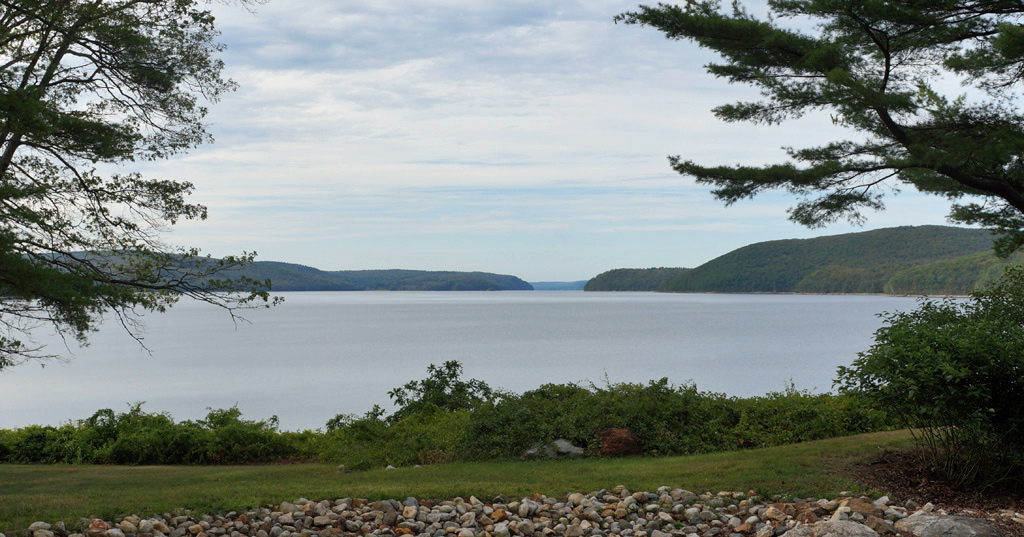 We took the scenic route out to Amherst to drop the kidlet off at school this weekend (2 to 202 to 9), but instead of heading straight there, once we got to Rte. 9, we headed east for a couple miles to check out our main source of water, the Quabbin Reservoir. Read more.

The Department of Justice says it's settled a lawsuit against Eversource and the MWRA over a Deer Island power cable under Boston Harbor the government had said was not buried deeply enough to allow for planned dredging to let the Conley Terminal in South Boston handle larger ships. Read more.

Pro tip: Before you send up your camera-equipped drone, make sure the camera is securely fastened. The MWRA says a crew using a professional-grade drone and camera (weighing about 100 pounds in total) learned that lesson last night when their camera separated from their drone and fell into the Quabbin Reservoir. Read more.

Curves at the top of West Roxbury

The top of Bellevue Hill - at 338 feet, the highest natural point in Boston - is home to two water standpipes used to maintain water pressure in West Roxbury, Roslindale and some suburbs to the south. One, built in 1915, is listed on the National Register of Historic Sites and one is more modern and featureless - you can probably tell which is which.

Drought forces Cambridge to start buying water from the MWRA

The Cambridge Water Department turned on the spigot for MWRA water this month because of the drought that has dramatically reduced levels in its own reservoirs along Rte. 128. Read more.

New water main will mean construction, detours in Stony Brook Reservation for next couple of years

A contractor is scheduled to begin work this month on a two-year project to build a new water main through Stony Brook Reservation to serve several southern suburbs. Read more.

Judge OKs one state authority's request to join suit against another

US District Court Judge Richard Stearns today added Massport to the federal government's suit against the MWRA and Eversource over an electric cable to Deer Island from South Boston that the feds say will interfere with dredging aimed at letting the Conley Terminal accept larger ships. Read more.

The people who keep Boston flush with success

Massport wants in on a federal lawsuit against Eversource and the MWRA over an electrical cable that feeds the Deer Island sewage plant, which the government says was not installed as deeply under Boston Harbor as required, which means it's now in the way of a $350-million dredging project. Read more.

The federal government this week sued Eversource and the MWRA because, it alleges, an electrical cable from South Boston to Deer Island is in the way of the harbor dredging the government wants to do. Read more.

Turns out that only three of the four towns evacuated to make way for the Quabbin Reservoir are mostly submerged under the water. Roadtripnewengland recently visited the ex-town of Dana, which is still mostly above water.

The day the sludge stopped

Today's the anniversary of the day in 1991 when workers for the new MWRA turned a valve that stopped sewage sludge from pouring into Boston Harbor from an antiquated treatment plant at Deer Island. Paul Levy, who oversaw construction of the new treatment plant, the one with the giant eggs, recalls:

Instead of having a big event with elected and regulatory officials who would have stolen the scene, we quietly went to Deer Island and--with the guys who had loyally and with little support run the treatment plant for years--went down into a vault and--at 10:23am--simply shut off the sludge discharge line.

Hey, careful with that thing!

Kristin MacDougall posted a photo of one of two peregrine-falcon chicks born on Deer Island recently.

She reports falcons have lived high atop the sewage-treatment plant's "digesters" (the giant egg things) for awhile, but this is the first time any have hatched there.

Unlike the Standells, water pros love our clean water

Coming in second was water from the Massachusetts Water Resources Authority, which is kind of odd, given that Boston's water is MWRA water, but, hey, that just means we're twice as good, right?