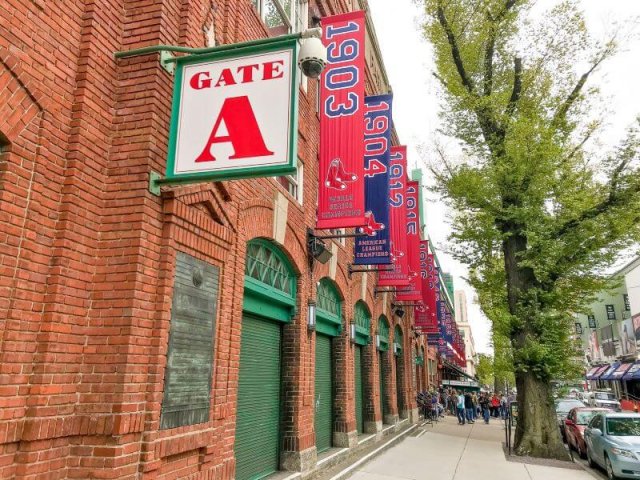 Mayor Walsh said this morning he is introducing a series of bills in the state legislature that, if enacted, would let the city increase the fees developers of commercial buildings have to pay into a fund aimed at increasing the stock of affordable housing, increase the surcharge on all property transactions for affordable housing, parks and historical preservation, ban arbitrary evictions of people over 75, give some low-income residents the right to a lawyer in eviction proceedings and give groups of tenants in buildings going condo the right to buy the building from its owner. Read more.

Boston to try to get even more housing built

Bill would force suburbs to zone for apartment and condo buildings

Vox reports on a bill by state Rep. Kevin Honan (D-Brighton) that would require the state's sprawlburgs to set aside at least 1.5% of their buildable land for multi-family buildings.

Honan wants to amend the law that developers can use for projects denser than allowed by local zoning if less than 10% of a town's housing stock is not considered affordable. Towns would be compensated for the added costs of schoolrooms for extra kids such buildings could mean.

Note to Vox: We have a House of Representatives, not a General Assembly.

Good news: Suffolk County (Boston, Revere, Chelsea, & Winthrop) leads the nation in the percentage of housing considered to be affordable to those in "extreme" poverty (earning no more than $28,300 for a family of four).

Bad news: Only 51 extremely low-income families out of every 100 in Suffolk County are able to access safe and affordable rental housing.

The Boston Business Journal reports on a proposal by Mayor Walsh to add 53,000 new housing units, mainly aimed at the middle class.

Roughly 5,000 of the units would not actually be new but would instead be apartments vacated by the students Walsh says he will get local colleges to house on their campuses or in new dormitories private developers would be encouraged to build near campuses.

Ross, who represents Mission Hill, and Mark Ciommo, who represents Allston and Brighton, want a City Council hearing to discuss how an estimated 60,000 students living off campus are driving up rents for permanent Boston residents. NorthEndWaterfront.com posts a copy of their hearing request - which warns that if current trends continue, another 45,000 students will be sucking apartments out of the pipeline by 2018.

... My sister was the first person I know to head south. Since 2002, the Massachusetts Diaspora has sucked up half a dozen of my friends. As I watch the rising price of everything, I suspect that they all may be on to something. ...