Boston Police report arresting a man they say reacted violently to a detail officer trying to stop him from walking out of the South Bay Stop & Shop with several steaks he hadn't paid for Saturday morning. Read more.

The BPDA says a developer that took over a 14-unit condo building near the South Bay mall sold two units for several hundred thousand dollars more than it was supposed to under a city program aimed at ensuring at least some people of moderate means can keep living in Boston. Read more.

The Boston Licensing Board could vote tomorrow whether to allow Total Wine to open a 23,000-square-foot store in the South Bay mall, where the OfficeMax used to be. Read more.

Somebody takes a shot at the South Bay Target

Around 9:10 p.m., by one of two men who then jumped into a car and sped off. At least one bullet hit the Target, but nobody injured.

DA's run in with another motorist at South Bay not criminal, but still warrants a look from the state Ethics Commission, attorney general concludes

WFXT reports the state Attorney General's office has determined Suffolk County District Attorney Rachael Rollins did nothing criminal when she started yelling at another motorist in a traffic dispute at the South Bay Mall in December.

However, the station continues, the AG's office has forwarded its files to the state Ethics Commission for a look. 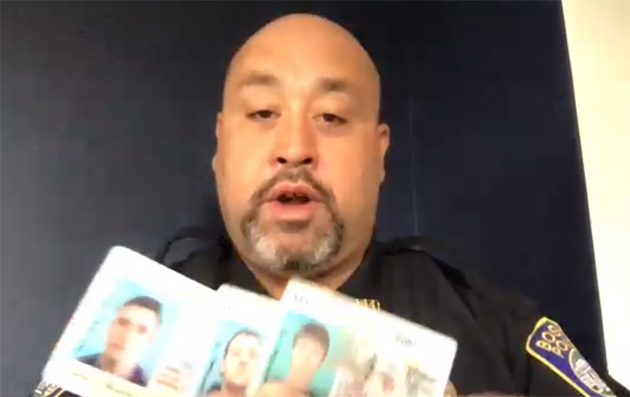 Numerous shots fired around 7:10 p.m. on Massachusetts Avenue, just south of the train bridge and near the Stop &amp Shop. Police shut the street between Victoria's Diner and Allstate Road for their investigation.

A developer wants to put up a three-building complex with a mix of apartments, condos and commercial and office space in an industrial area off Allstate Road that is increasingly being transformed into a new multi-family residential and office area behind the new wing of the South Bay Mall. Read more.

City Councilor Ayanna Pressley (at large) wants to ask the state legislature to give Boston the ability to issue 153 new liquor licenses, mostly in neighborhoods not served by cash-rich outlets of national chain restaurants - and to issue "umbrella" licenses that would allow unlimited numbers of alcohol-serving eateries at really big developments in the city, such as the South Bay Town Center now opening up in Dorchester and the Seaport Square project under development in South Boston. Read more.

The Dorchester Reporter takes a tour of the 11-acre site, next to the old South Bay mall, and says parts - including a new cineplex - could open in a couple of weeks.

Outside the hotel. Photo by Rick Macomber.

Rick Macomber reports a man was shot overnight at the Holiday Inn Express, 69 Boston St. at South Bay, and that he was declared dead in his fifth-floor room.

The Globe reports police say he was targeted.

These Boston T-shirts were not on target

We spotted these two T-shirts at the South Bay Target today. See if you can spot all the mistakes. Read more.

But their proposal, which would require approval by the state legislature and the governor, would also grant the city the power to give an "umbrella" license to any development of more than 500,000 square feet, such as the South Bay Town Center project now under construction in Dorchester and the Seaport Square development in South Boston. Read more.

The Boston City Council tomorrow considers asking the state legislature for 12 new liquor licenses for the South Bay Town Center project in Dorchester and 3 for the Seaport Square complex in the South Boston Waterfront. Read more.

Oh, don't worry, it's not that Councilor Frank Baker doesn't love Wahlburgers as much as everybody else - how could he not? - it's just that given how scarce liquor licenses are in this town, he doesn't think it's fair that the Boston Licensing Board give them a license for a South Bay Mall add-on where construction has barely started. Read more.

So a guy walks into a bar, his credit card disappears and gets used to charge $1,200 worth of stuff and then it reappears

UPDATE: Board found no violation.

Both Boston Police and the owner of Stats Bar and Grille, 77 Dorchester St., are mystified about an incident last month in which a credit card being held for a man running a tab disappeared, was used to charge $1,200 worth of stuff at the South Bay Target, then reappeared at the bar a couple hours later. Read more.

Possibly the last person who should have tried the 'Do you know who I am?' gambit with police

The Globe reports that Joseph Amoroso, the biological father of Bella Bond, was arrested at the South Bay Home Depot today on shoplifting charges after he allegedly tried walking out with, among other things, two pairs of fingerless gloves.

Because a gas leak at the Cabot rail yard south of South Station means delays on trains out of the station. People heading to points south of Braintree are now being told to take the Red Line there and then transfer to a train.

Paul was kind of amazed to see how somebody park a scooter at the South Bay mall today.