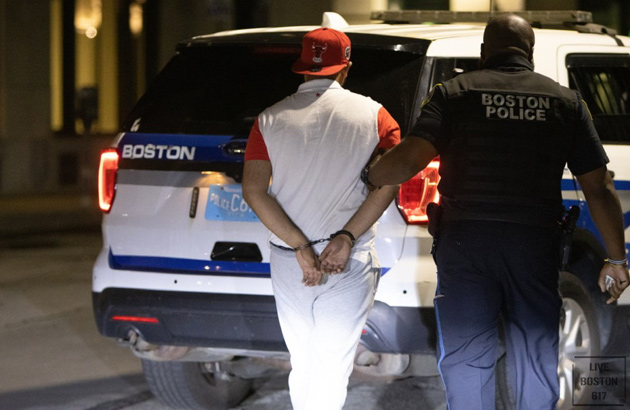 Boston Police report officers added to downtown patrols after recent armed robberies in the State Street area came across a dozen people loitering in front of "No Trespassing" signs in the plaza at Milk and India streets around 3:20 a.m. and arrested two on gun charges, one on drug charges and a fourth on an outstanding larceny warrant. Read more.

The Milk Street Cafe, which is already in hibernation, made an offer to Gov. Baker and Mayor Walsh today:

New York drops a ball once a year; Boston used to do it every day 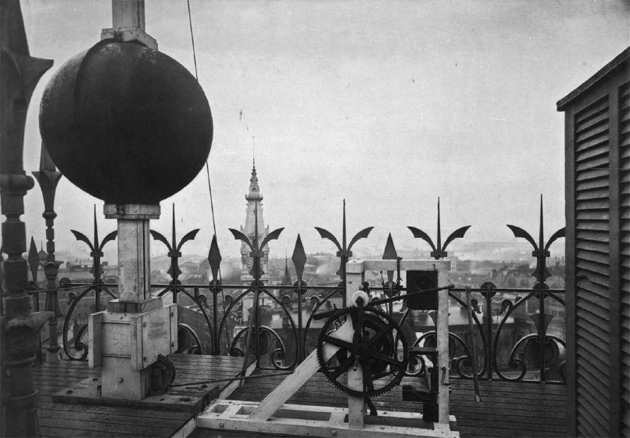 Time ball waiting to be hoisted above Milk and Devonshire in 1881 (Source).

The annual ball drop in Times Square tonight is the vestige of what was once a network of daily time-ball drops in US coastal cities, including Boston, to help mariners calibrate their shipboard clocks - vital to determining their location once they were at sea. Read more.

The Zoning Board of Appeal today approved a plan by Patriot Care to add fun pot to the wares at its Milk Street dispensary, which had been selling products just to people who have prescriptions for the past five years. Read more.

Boston Restaurant Talk reports that Milk Street Cafe, one of Boston's few kosher restaurants and caterers, is closing up completely for the winter and will re-open in the spring due to Covid-19 concerns.

Hey, pull that mask up!

The FBI's Bank Robbery Task Force has released photos of a man they say walked into the Peoples United Bank branch at 50 State St. and held it up, around 4 p.m. on Oct. 2. 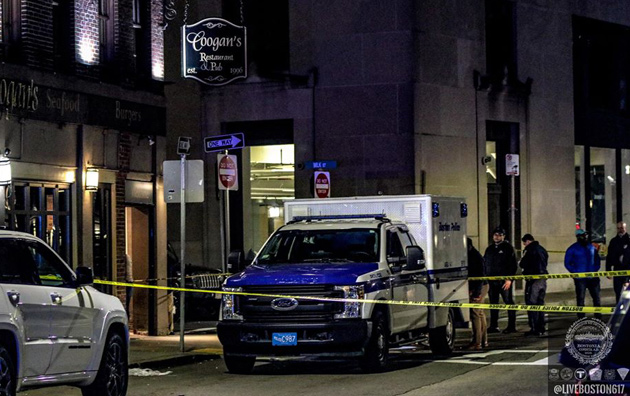 WBZ reports two people were arrested after a man suffered head injuries in a fight at Coogan's, 171 Milk St., shortly before 11 p.m. on Thursday

NorthEndWaterfront.com reports on a meeting between residents and Patriot Care on the company's proposal to seek city and state permission to add recreational marijuana to the medical marijuana it currently sells at the city's first pot emporium, at 21 Milk St.

Residents of some of the area's tonier addresses expressed concern about downtown becoming a destination for "cannabis-related tourism." 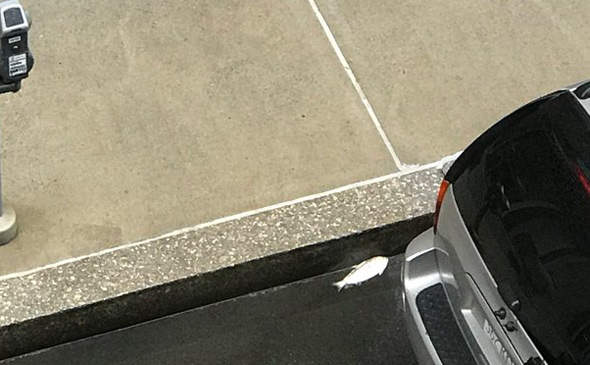 AndHono looked down from the window of her office on Milk Street between Broad and India this afternoon and spotted a fish just lying in the gutter, and wondered, as one does, how it got there. Read more.

WGBH reports on the contretemps involving an attempt by Patriot Care, which runs a medicinal marijuana dispensary at 21 Milk St. downtown to add recreational pot sales, even though it told downtown residents and city officials looking at its dispensary plans three years ago that it would not seek to sell recreational versions of the stuff.

Patriot Care says it wasn't lying, it just never realized that recreational pot would become legal so fast - an assertion some are finding hard to swallow.

Patriot Care, which opened Boston's first medical dispensary at 21 Milk St., is looking for input on possible plans to add recreational marijuana offerings, even though it promised residents and city officials that's not something it wanted to do when it won approval for its dispensary in 2015. Read more.

Police: Drunk guy took out a loaded gun in the men's room of a crowded downtown bar

Boston Police report arresting a Dorchester man on gun charges early Saturday after he tried to fight his way out of being arrested at Coogan's Bar and Grill, 171 Milk St. Read more.

The bow building gets its bow

Every year, the Beal Companies put a big red bow on the Flour and Grain Exchange Building on Milk Street downtown for Christmas. Jed Hresko watched it go up today.

Boston Police said today they are dealing with at least one gang of young men who like to roam downtown when the bars let out, searching for people standing alone with phones they can grab. Read more.

Around 2 p.m. Milk Street was shut between Hawley and Washington, as AlisonTBoston shows us. WCVB reports part of the scaffolding hit an officer.

The Boston Business Journal reports Patriot Care is aiming for a June 10 opening for its dispensary at 21 Milk St. The Zoning Board of Appeals approved the dispensary this past August.