Mayor Wu and state Rep. Aaron Michlewitz this week announced the city will build a new community center next to the Mirabella Pool on Commercial Street. Read more. 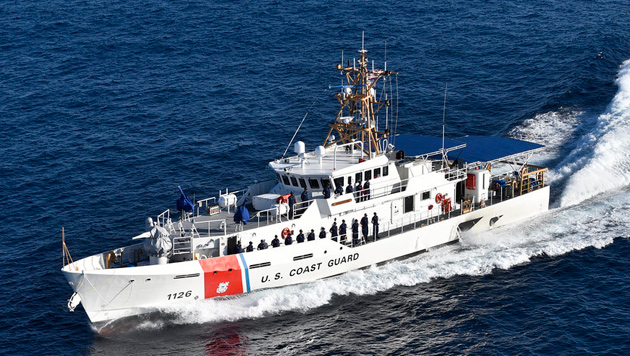 One of the new cutters, well away from a dock. Photo by USCG.

The Coast Guard goes before the Boston Conservation Commission next week for permission to replace two piers and install new floating docks at its base off Hanover and Commercial streets to allow it to dock six new larger cutters currently under construction in Louisiana. Read more.

Citizen complaint of the day: Liquidy vs. solidified dog poop

Tonight we learned, via the city's answers to separate 311 complaints, that it might be best to wait until dog waste left by inconsiderate dog owners has turned kind of solid before contacting 311. Read more. 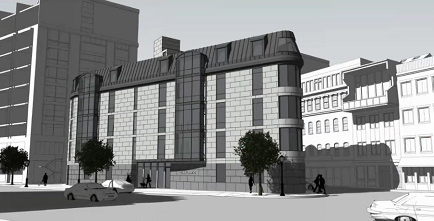 The Zoning Board of Appeal today approved a five-story, six-unit residential building on the triangular lot where Commercial Street ends at Atlantic Avenue in the North End. Read more.

Boston Police report arresting a New York man on charges he tried to steal a bicycle from a Commercial Street shop yesterday, threw paving stones through its window when he was foiled and then tried to kick and spit at police officers who caught up with him. Read more.

Citizen complaint of the day: Rat tracks in the snow 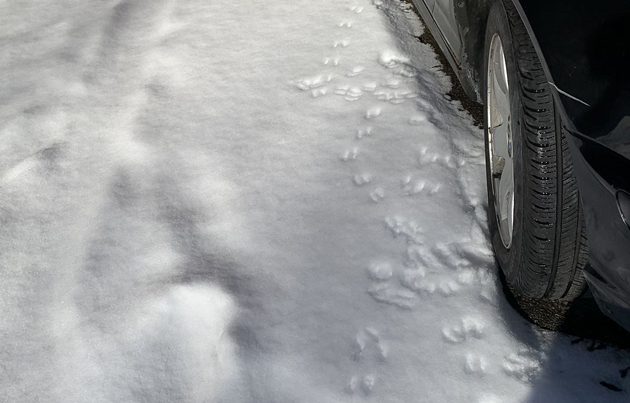 A concerned citizen files a 311 complaint about all the rats at Lewis and Commercial streets in the North End. Read more.

Last one out of the tavern, shut the lights

Boston Restaurant Talk reports on the end of yet another old-time Boston bar, this time the Four Winds on Commercial Street in the North End.

The new Eliot School building on Commercial Street opened to students yesterday. This morning, several concerned citizens filed 311 complaints, including this one, about the problems kids are having crossing what could be the North End's busiest, widest street, just off what could be its busiest, widest intersection:

No crossing guard for Eliot school on commercial street. Traffic is treacherous. Drivers are crazy. Someone's going to get hurt.

NorthEndWaterfront.com reports on the impending opening of the new Eliot School building at 585 Commercial St., which once served as headquarters for Mitt Romney's failed 2012 presidential bid. 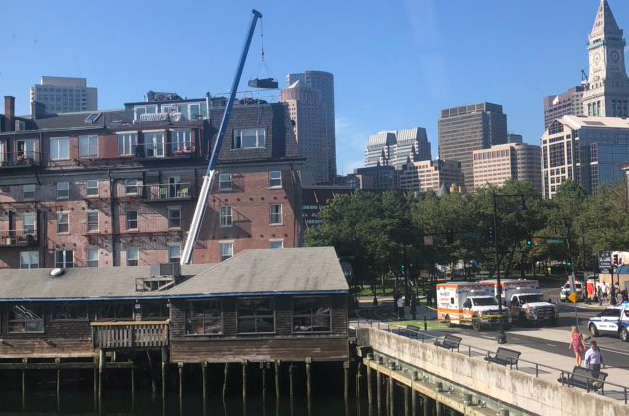 The scene. Photo by JraK.

WHDH reports a woman suffered life-threatening injuries this morning after being struck by construction debris, possibly knocked off an Atlantic Avenue building by a construction crane. JraK reports the woman was walking a dog at the time. 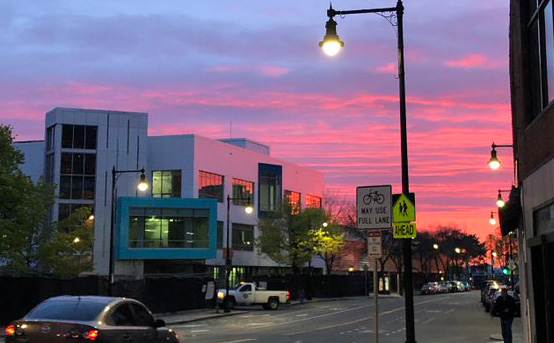 For getting up early, Hannah Armstrong was rewarded with a nice sunrise over Commercial Street in the North End.

MMad shows us the sunrise was just as nice in Quincy: Read more.

A woman who was apparently angry at the world in general and at the staff at Sissy K's in particular early one January morning opened up the bar manager's forehead with a single punch due to the large ring she was wearing, police and the manager told the Boston Licensing Board at a hearing this morning. Read more. 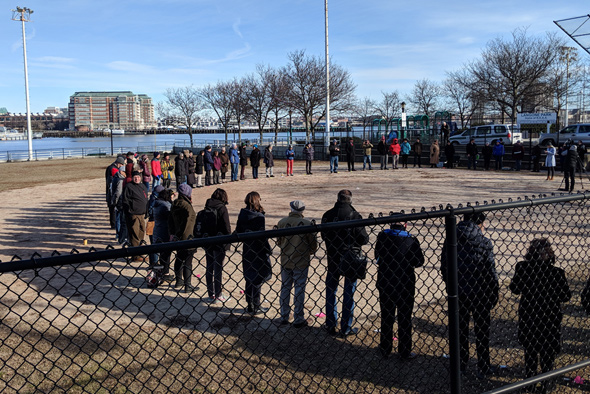 Bostonians this morning lined the perimeter of the Purity Distilling Co.'s leaky, 50-foot-tall molasses tank, which burst around 12:40 p.m. on Jan. 15, 1919, creating a gooey flood that killed 21 Bostonians and a number of horses and destroyed buildings in its path. Read more.

Citizen complaint of the day: Rats force North End resident to move car out of city

A disgusted North End resident files a complaint about the wire-munching rats that have been ceaselessly chomping on his or her engine on Commercial Street: Read more.

Pride of workmanship along the Freedom Trail

Julia Murphy saw this at Prince Street where Commercial turns into Causeway in the North End and basically thought: "Uhhh."

Commercial Street getting better for bicyclists

Is this Boston or am I dreaming?!?! New 2way protected commercial st cycle track is BOMB.

Citizen complaint of the day: Crosswalk complaints the city does nothing about

After a pedestrian was run over at the intersection of Lewis and Commercial streets in the North End on May 15, the city banned parking right at the intersection, to improve sight lines for the motorists who are supposed to stop there (but generally don't). Adam Balsam compiled this video report after he filed 311 reports about cars parked in that spot and the city did nothing.

In case of emergency

Of course, it also raises the old question: How many cookies did Andrew eat?

NorthEndWaterfront.com reports a local inebriate who was refused entry to the Coast Guard base around midnight tried to fight his way in. A Coast Guard guard subdued him with the help of some pepper spray; he was taken to Mass. General for some pre-booking medical attention.