State Police report a dump truck tipped over inside the O'Neill Tunnel northbound, disgorging its load of gravel across three lanes and creating a mess for commuters.

WFXT has dashcam video of the truck tipping over.

State Police report troopers arrested two men whose car died on I-93 northbound just before the O'Neill Tunnel Friday evening on a variety of drug and gun charges. Read more.

Accident in the 93s tunnel just after the garden. Black sedan collided with Boston commuter bus, then the sedan was t-boned by white pick up after bouncing off the bus.

The woman just jumped out of the car, ride-share driver says

WBZ interviews the driver of the car out of which a woman jumped in the middle of the O'Neill Tunnel yesterday morning, during a ride from Logan to Mattapan.

Woman gets out of a ride-share car in the O'Neill Tunnel at rush hour, is promptly hit by another car

WBZ reports the woman suffered life-threatening injuries and that a State Police investigation includes trying to get an answer to the question of why she got out of the ride-share car in the middle of the tunnel. 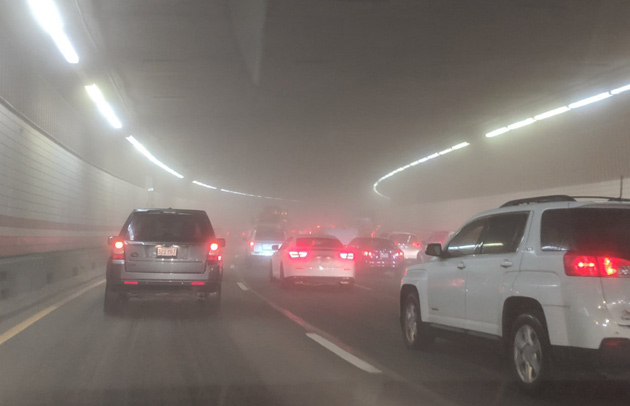 Giedz reports a "very eerie" ride on I-93 northbound through the tunnel this rush hour. 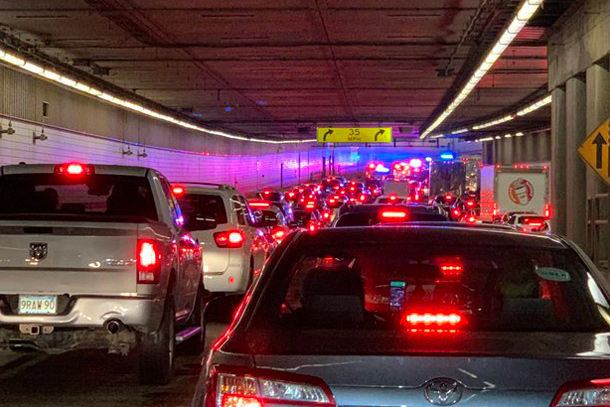 Backup in the tunnel after the crash. Photo by KMV.

State Police report a ride by several motorcyclists through the O'Neill Tunnel northbound around 2 a.m. ended with two of them crashing and dying. Read more.

A couple dozen kids riding bicycles through the O'Neill Tunnel

WFXT has the video. 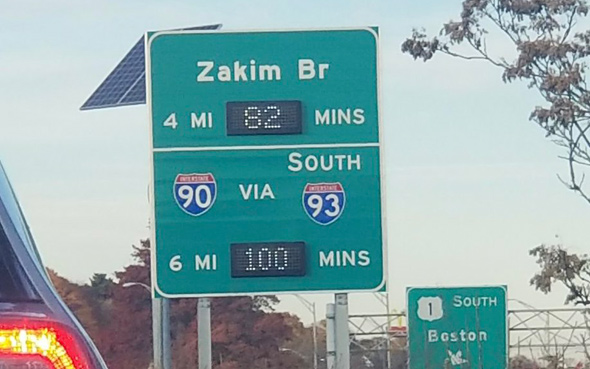 DD808 had plenty of time to snap the delay sign on I-93 southbound north of Boston this morning, thanks to a trucker who tried to sneak a too tall load into the O'Neill Tunnel, but failed: Read more. 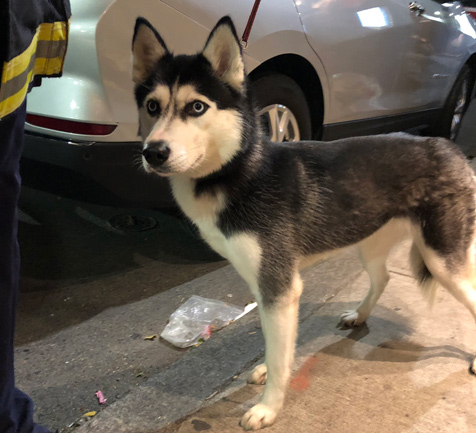 This pup was found in North End, after a 93 tunnel expedition. Boston Fire officer walking him around, trying to find parent. 392 Hanover Street is where he will be - Boston Fire House

State Police report a multi-car crash at the airport exit on I-93 south has left just the left lane open. "Expect delays," they say.

Matthew McClocksey caught the action up from the O'Neill Tunnel southbound at South Station around 9:30 a.m. 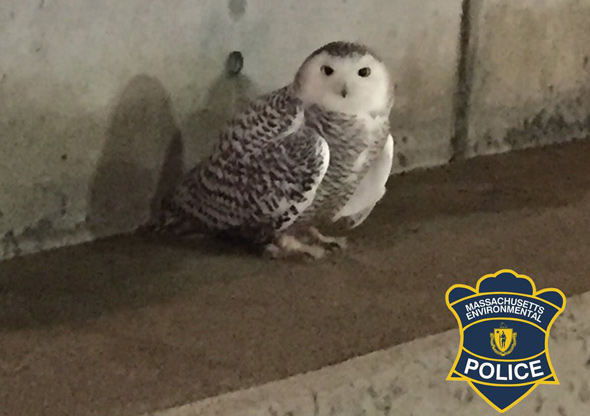 A snowy owl that somehow got into the O'Neill Tunnel fared little better than Larry the Turkey: Mass. Environmental Police report the bird was scooped up near the Government Center exit yesterday and rushed to the Tufts wildlife clinic in Grafton for treatment. The Globe reports the bird died.

Smoke from the fire rising. Photo by David Callahan.

State Police reported around 1:45 p.m. they shut the highway to let Boston firefighters quench the fire, which was on the southbound side where the O'Neill opens back up into open sky.

We need a gravel-voiced reporter for this traffic story

Traffic on I-93 northbound through the O'Neill Tunnel was backed way the hell up this morning due to a truck losing a load of gravel, according to State Police, who reported at 11:05 a.m. that all the lanes were re-opened.

When things go sideways in the O'Neill Tunnel

Katherine Bragg is among the drivers not going anywhere on I-93 north due to a truck turned sideways in the tunnel.

93 from the south a mess; when it's fixed anybody's guess

A crash just inside the entrance to the O'Neill Tunnel means nobody from the south is going anywhere fast this morning. 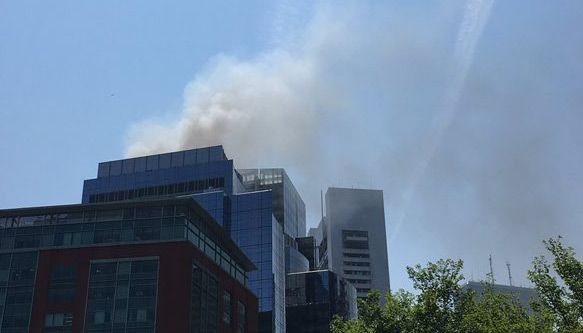 UPDATE: Traffic is now blocked all over for miles.

Firefighters are in the O'Neill Tunnel battling a fire in a garbage truck that is sending smoke up through the ventilation shaft the InterContinental Hotel is built around. The hotel itself is not on fire.

State Police report a Norwood man died in a crash on the northbound side of the O'Neill Tunnel around midnight. Read more.

At least it was on a Sunday night 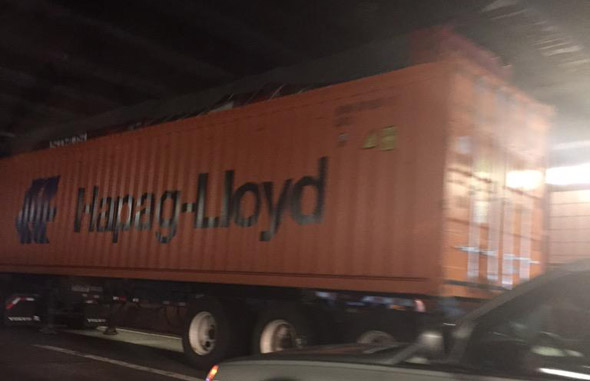 Alex Carlson came across this truck jammed tight into the O'Neill Tunnel southbound, just past the turnpike exit, around 10:30 p.m.

Not sure how he managed to get as far as he did!