The Boston Office of Neighborhood Services will hold an online meeting next week on a proposal to convert the shuttered Jacob Wirth restaurant on Stuart Street into a cannabis shop. Read more.

Giant inflatable rats are so passe

Helping to lift up entrepreneurs in Roxbury

Software entrepreneur explains why he's shipping back up to Boston

Last March, as everything went to hell, Joe Kinsella moved to Orleans. He reports he enjoyed his time on the Nauset Estuary, but that he can't stay away from his adopted home in the Hub. There's a value to in-person work spaces and impromptu whiteboard sessions that he's just not finding in the online-only life. Also: Read more.

A federal judge today dismissed another suit against Gov. Baker's 2020 Covid-19 restrictions, this one by a company that runs supposedly spooky walking tours in Salem. Read more.

As DA moves to drop last charge against Sean Ellis, BPD acknowledges corrupt detectives, but still says Ellis was guilty of something, so no apology to him

WGBH reports that Suffolk County District Attorney Rachael Rollins will move for a new trial for Sean Ellis, once charged with murdering a BPD detective asleep on a detail and that if her request is granted, she will then move to drop the sole remaining charge against him - for illegal possession of a firearm. Read more.

Traffic remains main objection to proposed Charlestown cannabis shop; but some residents worry it could be a gateway to harder stuff

Opposition continued last night to a proposed cannabis shop on Cambridge Street in Charlestown's Lost Village - the section of the Town cut off from the rest of the neighborhood by I-93. Read more.

In Hyde Park, the question about which came first doesn't involve the chicken and the egg, but the ice cream and the bowling alley

Ron, of the eponymous ice-cream place on Hyde Park Avenue with the attached candlepin alley, answers the question of which came first.

The Zoning Board of Appeal finally upheld the city's prohibition against clustered cannabis concerns, denying an Arizona company's proposal to turn a former pasta plant on Hyde Park Avenue into a marijuana manufacturing plant, retail shop and medical dispensary just a few doors down from where three people from Roslindale and Roxbury have city approval for their own shop. Read more.

The Zoning Board of Appeal today approved a proposed marijuana shop at 1102 Blue Hill Ave. at Ansel Road. Read more.

A federal judge last week dismissed Legal Sea Foods' lawsuit against its insurer over its "all risks" insurance policy, saying the policy only covered "physical" damage to its restaurants and that while Covid-19 might be devastating, the virus did no harm to the chain's physical assets. Read more. 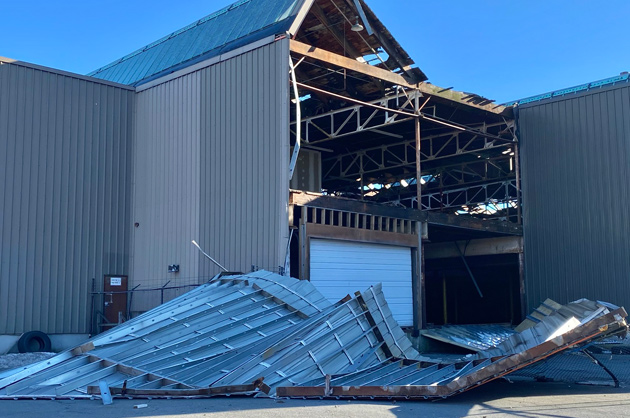 The Boston Fire Department reports firefighters responded to 329 Northern Ave. after the wind ripped a 50x50 piece of wall off the side of the vacant building around 3:15 p.m. ISD and a structural engineer will now determine if the whole building has to come down.

City Councilor Ed Flynn will ask the council tomorrow to approve a hearing on whether more can be done to keep workers and people walking by construction sites safer, following last week's deaths of two workers pushed into a trench by a truck on High Street. Read more.

Alexa, how do you sue Amazon?

Two Massachusetts residents say Amazon's Alexa devices are "recording every conversation she has with users" but without the consent required under the state law on recording conversations, so they've sued. Read more.

The Jamaica Plain Gazette reports Core Cannabis Dispensary, in the Hyde Square basement where the Bella Luna bowling alley used to be, is planning a soft opening March 6 of both its dispensary and its marijuana social-justice museum.

As apartments go up around him, owner of convenience store on VFW Parkway in West Roxbury seeks to add full liquor stock to his beer and wine 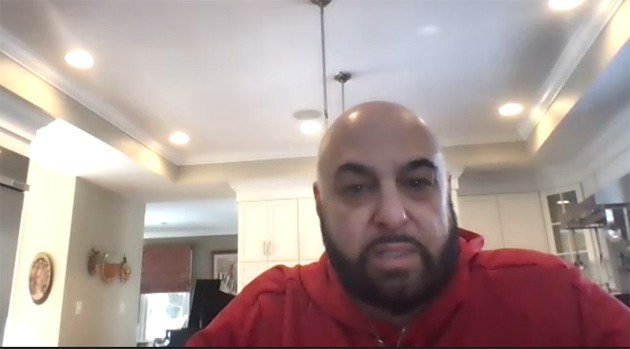 Update: Request granted by the board.

The owner of Marino's Market on VFW Parkway, next to Al Wadi on VFW Parkway, finds out tomorrow if the Boston Licensing Board will let him expand his current beer and wine offerings to harder beverages. Read more.

Downtown hotel says it's taking steps to squelch crime there

The Zoning Board of Appeal today approved marijuana shops proposed for what is now the Little Steve's pizza place on Boylston Street and the basement of the Cask 'n Flagon at Brookline Avenue and Lansdowne Street. Read more.