Lightning the Burmese Python has been found and is back home with his family!

Joy to the world - in particular, Newton Corner 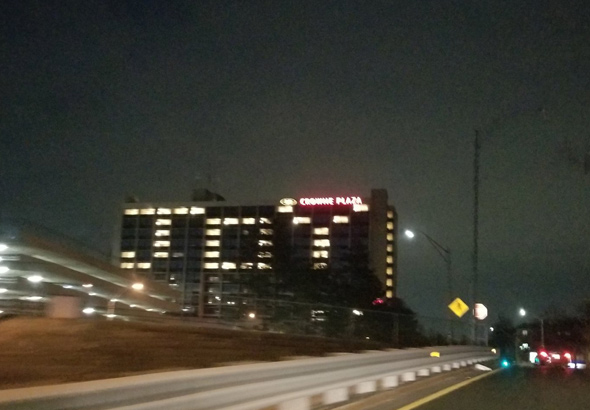 Kate couldn't help but notice the way the Crowne Plaza was lit up in Newton Corner over the turnpike tonight. 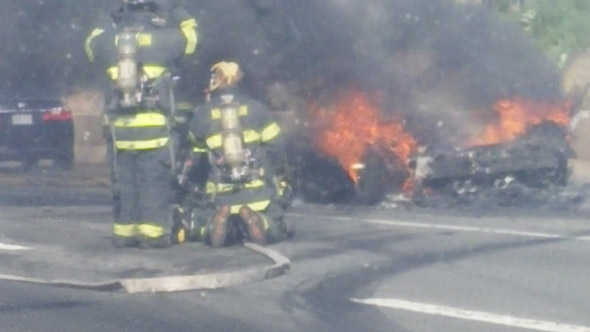 Remains of the car in Newton Corner. Photo by Wendingo.

Traffic was backed up for miles after a car caught fire at the height of rush hour westbound, just past Newton Corner.

Look at this kickass job of snow removal by the Newton DPW, mayor boasts 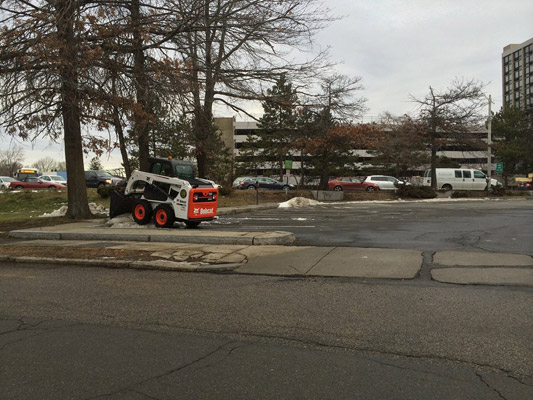 Just look at how clear this parking lot is! Newton Mayor Setti Warren posted this photo yesterday, along with this note:

Newton DPW doing a great job clearing snow out of the Richardson Street lot in Newton Corner this morning!

Other area mayors can only hang their heads in shame as they gaze upon this wondrous effort.

H/t Village 14, where we get our important Newton news.

The morning commute: The new norm

If you were in it, you know. Special note: A three-alarm fire on Tremont Street in Newton overnight left traffic a particular mess between Newton Corner and Oak Square.

State Police report no serious injuries in a three-car smash-up shortly before 8 a.m. on the westbound side of the Massachusetts Turnpike in Newton Corner

The Globe reports the driver of that ill-fated 57 bus told investigators she was in the middle of a bad sneezing fit when she nearly plunged the vehicle onto the turnpike, but that her story is kinda contradicted by surveillance video from the bus, which apparently shows her with her cell phone in her hand and which is one of the reasons she is now facing criminal charges in Newton District Court.

The following, from the Globe report, is the best sentence any Globe reporter will write this week:

The cause of the crash, she told investigators, was her struggle with her nose.

WHDH reports, adds authorities are looking at whether she was on her cell phone at the time of the crash, which sent eight people, including her, to the hospital.

State Police report the bus crashed through a guardrail and fencing over the westbound turnpike on Washington Street this morning.

There is NO threat of bus falling down onto the Mass Pike as it has been secured by Newton Fire Department.

The westbound onramp to the turnpike is shut as well as the turnpike's right lane due to debris - and the chance more might fall as the bus is removed.

Doug Haslam reports how a photo he took today of a stupid sidewalk on a Newton Corner bridge that never gets plowed in the winter wound up on the screen of new Newton Mayor Setti Warren - who promptly got the sidewalk plowed.

Irilyth says it took 45 minutes to get from Watertown Square to the Masspike entrance in Newton Corner this morning because of a protest by Newton firefighters: