The Zoning Board of Appeals last week was scheduled to hear requests from different developers to put up the same basic sort of building at four locations in East Boston: Condo buildings with four floors and nine condos - all with nine parking spaces, although developers differed on whether they'd put the spaces on the ground floor or in a basement garage. Read more. 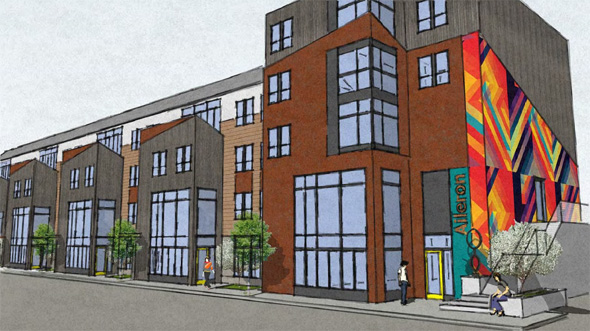 The Zoning Board of Appeal yesterday approved plans to convert a vacant lot on Condor Street between Brooks and Putnam into 33 apartments and 7 condos - and artist studios that open onto the street - in a two-building complex to be called Aileron, on vacant land long owned by the city. Read more.

Anthony's Market, 407 Meridian St., was held up around 10:15 p.m. by three Hispanic men in Halloween masks, who fled in a gray Dodge SUV. They may have held up a liquor store on Eastern Avenue in Chelsea, on the other side of the Chelsea Street Bridge, earlier in the night.

Breathing or space saving? In East Boston, it's no contest

The Zoning Board of Appeals yesterday approved a developer's plan to replace auto-body repair shops with a six-story condo building at 301-303 Border St.

The BPDA had approved City Realty's plans for the $21.6-million, 64-condo project, which will include ten 3-bedroom units and consolidate five lots into one, last month. Read more.

Eagle Hill gets resident-only parking; not everybody happy

The East Boston Times-Free Press reports the city has approved a resident permit system for the East Boston neighborhood; reports that among the opponents are the owners of Rino’s Place, who wonder where their customers will park now.

The storm moves in 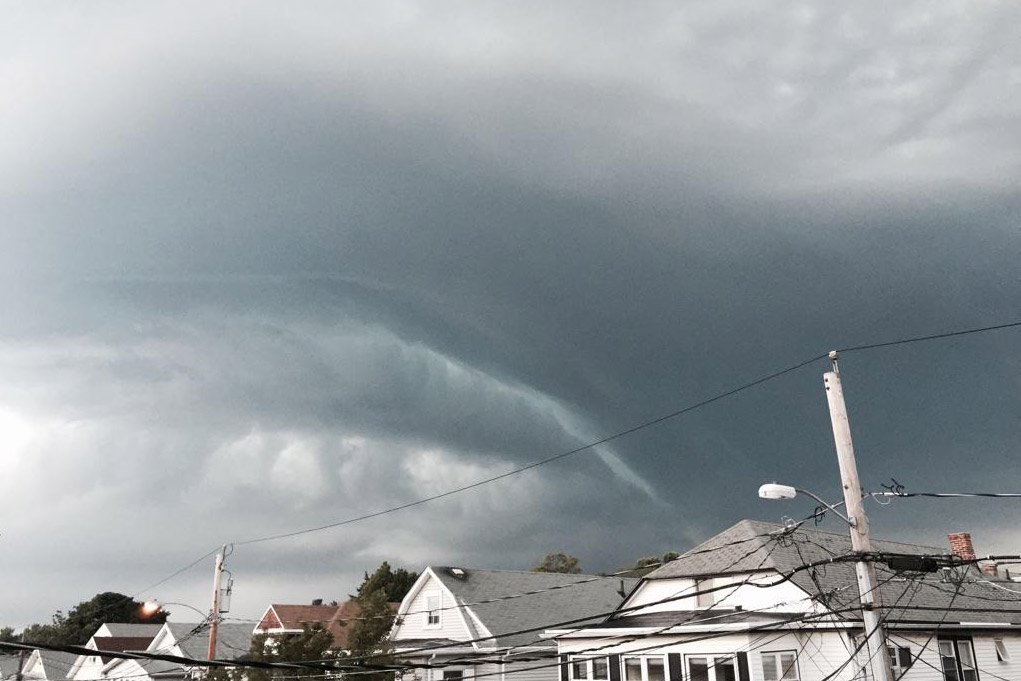 Teeheehee looked northwest from Somerville as the storm came in this morning.

Earlier in the morning, Leah Klein watched the sun come up over Eagle Hill in East Boston: Read more.

Police: Man with loaded gun brought little kid with him on trip to East Boston to sell drugs

After officers moved in on Robert Horsley, 35, on Brooks Street near Prescott around 6 p.m., they also had to call EMS for an ambulance - for the little kid they found in a car seat in the back of Horsley's car, police say. EMTs brought the child to Mass. General for observation and police filed a child-neglect complaint with the state.

Man charged with knifepoint sexual attack in East Boston; might also be suspect in rape three weeks ago

Boston Police report arresting Eduardo Selvan Hernandez-Ortiz, 20, of East Boston, after a woman was attacked early Saturday just as she was about to enter her Eagle Hill home.

According to police, the attack occurred shortly before 1:40 a.m.:

People on Eagle Hill are using Facebook and Indiegogo to organize resources and raise funds for the two children of Aura Garcia, who was killed by the Meridian Street bridge yesterday.

Man stabbed in the chest in East Boston

Boston Police report an increase in the number of residential burglaries of late in the Eagle Hill area. Thieves are making off with the usual stuff - laptops, iPods, jewelry and cash - during daytime break-ins, police say, adding a number of the heists were done through open or unlocked windows in the rear or on side alleys. Apartments have been accessed through unlocked doors, police add.