James Baugh, eBay’s former senior director of safety and security, today admitted his role in attempting to ruin the lives of a Natick couple who wrote things that offended the e-commerce giant - through everything from orchestrating the delivery of a bloody-pig mask and live cockroaches to their home to trying to place monitoring devices on their car to lying to local police and FBI agents coming after him and his team of two-bit terrorists. Read more.

A Natick woman (who may have moved to Saugus) will continue to have to face charges for her participation in the failed 1/6 putsch after a federal judge in Washington, DC rejected her motion to dismiss her charges for "selective prosecution" because federal prosecutors didn't bring similar charges against people arrested at past "politically liberal" protests at the Capitol. Read more. 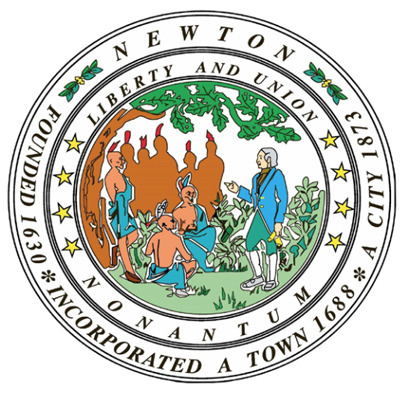 A Newton city working group has concluded its time to change the city seal, which now shows British missionary John Eliot lecturing the local Native Americans in the 1600s on why they should convert to Christianity. Read more.

Bloody-pig-head mask and grief book, ordered on Amazon, not eBay, and sent to the couple.

Two Natick residents who found themselves under attack by a group of eBay executives and their underlings upset with what they wrote about the company say it's not enough that several of the conspirators have pleaded guilty - the company itself needs to pay for what happened to them. Read more.

The US Attorney's office in Washington, DC has upgraded the charges against alleged putschist Sue Ianni of Natick from misdemeanor to felony charges, which could mean a harsher sentence if she's convicted and might permanently bar her from ever owning a gun. Read more.

Seems some guy not only brought a Confederate flag to Natick's Memorial Day service (held at a monument to the town's Civil War soldiers on the town common), he "moved to the front of the crowd" to make sure everybody got a good view of just what a loser he was.

WCVB reports the state will be closing the Hynes, Gillette, Natick Mall and Danvers vaccination sites by the end of the month as it moves to distributing Covid-19 vaccine doses to mobile units and doctors' offices in an attempt to reach people who might not want to go to a giant site.

The MetroWest Daily News reports the town's elected Town Meeting voted 113-20 to condemn what turned into a failed but deadly putsch in Washington on Jan. 6. Member Sue Ianni cast one of the 20 no votes. She faces a May 28 hearing before a federal magistrate in Washington, DC for the way she mosied around inside the Capitol with a raised fist during the attempt to overturn the election results then.

One Capitol traipser ordered held for at least two days, other released on own recognizance

A federal udge in Boston today ordered Mark Sahady of Malden ordered held without bail until at least Thursday, for his presence in the Capitol during the failed putsch on Jan. 6. Read more. 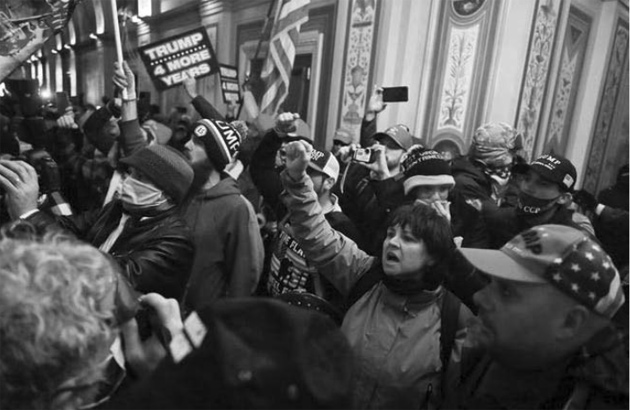 The FBI today scooped up two local right wingers on charges they participated in the failed coup attempt at the US Capitol on Jan. 6, thanks in part to local Twitter users who IDed them in a photo of stormin' Y'all-Qaedists in a Capitol hallway. Read more.

When the MetroWest Daily News interviewed Sue Ianni after she returned from Washington the other day, she declined to say whether she had actually marched on the Capitol, let alone took part in a would-be putsch that left five people dead. Read more.

Veronica Zea, who went online to order live insects for delivery to the Natick home of a pair of online journalists eBay set out to destroy, and an eBay manager pleaded guilty today to their roles in a conspiracy that ultimately led to the indictments of several eBay employees and the firing of eBay's CEO, the US Attorney's office reports. Read more

Manager at Natick Army facility charged with hiring unqualified girlfriend for no-show job, getting reimbursed for time spent at Disneyworld

A manager at the Natick Soldier Systems Center and his girlfriend/underling have been indicted on charges they defrauded the government in a scheme to pay her salary and for the hotel rooms she never actually stayed in while allegedly on official business with him, often in Orlando, FL. Read more.

The US Attorney's office in Boston reports a former California police captain is now charged as yet another goon in eBay's attempt to terrorize a Natick couple who wrote things that annoyed the company CEO, by sending them live bugs and threatening Twitter messages and who were caught in part because of their alleged Keystone Kops attempt to place a tracking device on the pair's car. Read more. 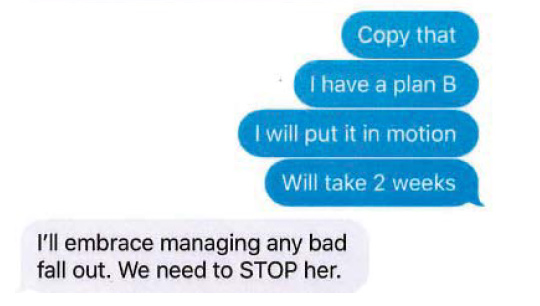 Alleged texts between Baugh and unnamed higher up at eBay.

Update: One of the unnamed executives was eBay's CEO at the time, which is why he is now eBay's ex-CEO. Also, another eBay manager was charged.

Most people upset by criticism on a news Web site might send an angry e-mail to the editor. A federal complaint alleges that eBay's top security executive and several of his minions, dissatisfied with a Natick-based Web site's eBay coverage, instead unleashed an online and in-person reign of terror that included sending the couple who run the site a bloody pig's mask, live cockroaches and a funeral wreath, traveling to Natick to conduct surveillance of the couple and, when local police started inquiring, lying to them and then even to eBay's lawyers about the stream of expletive-filled threatening Twitter messages they were sending the couple, according to a federal complaint unsealed today. Read more.

Kelly's is on a roll; tries to expand outside the North Shore again

Boston Restaurant Talk reports that Kelly's, the Revere Beach roast-beef roadhouse, is once again looking to open an outlet in Natick (oldtimers might recall when you could buy a roast-beef sandwich before feeling all the fabric at Jordan's) and in Quincy, which they maybe shouldn't do because the North Shore has roast beef and the South Shore has bar pizza and those are two culinary streams you don't want to cross.

You can be convicted for shooting your friend in your dad's house even if you didn't mean to, court rules

The Supreme Judicial Court today upheld a man's conviction for discharging a firearm within 500 feet of a building - more specifically in his case, for accidentally shooting a pal in the bedroom of his father's house by pulling the trigger on what he thought was an empty gun as he was putting it away. Read more.

Around 7:35, the 586 Worcester Line train pulled into Natick Center - and then just kept going, gliding 100 yards or so down the tracks before it finally stopped, Zach Rose reports.