The Boston Licensing Board this morning approved a Burger King in the Shops at Riverwood strip mall on River Street, with the support of one neighborhood group pleased to finally see a restaurant, even if a Burger King, move into the mall and the outraged opposition of another neighborhood group, which accused the developer and the chain of exacerbating the poor health of black residents in the surrounding area. Read more.

The Boston Licensing Board holds a Zoomed hearing Wednesday on a Burger King franchisee's proposal to finally open its built-out eatery at 892 River St. Read more.

Burger King willing to limit Hyde Park closing time to midnight, but board defers vote until after franchisee meets with nearby residents

The Boston Licensing Board said today it would hold off a vote on letting a Burger King franchisee open an outlet on River Street on the Hyde Park/Mattapan line after aides to several elected officials said they could not support the proposal until at least after the franchisee meets with Belnel Road-area residents, who say they don't want to see a burger place open until 2 am. in their backyard. Read more.

Hey, Tom, you think they serve turkey burgers? They better not, so help me ... 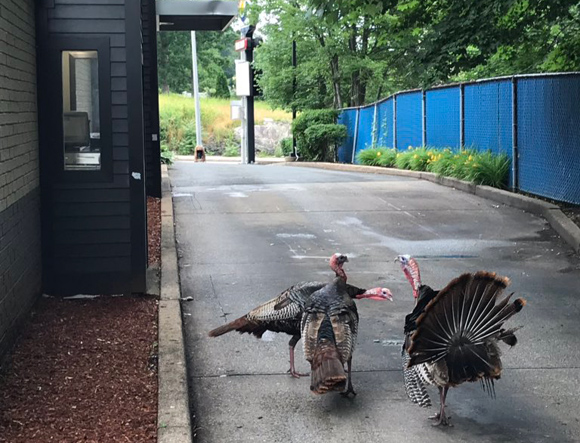 Travel New England had to wait his turn in the drive-thru lane at the Burger King on Washington Street in Roslindale this morning.

An investigation into a triple stabbing at the Burger King at 280 West Broadway on Feb 5 has reached a dead end because none of the victims - two of whom initially said they knew their stabber, with whom they'd started an argument - want to cooperate with police, Sgt. Det. Kenneth O'Brien told the Boston Licensing Board at a hearing today. Read more.

Two shot in Dorchester, one dead; several nearby schools put in 'safe' mode

Two people were shot in the parking lot of the Burger King at Columbia Road and Washington Street around 2 p.m., according to Boston EMS Incidents. One later died, Boston Police report.

Both that man and a second, found with non-fatal injuries, were in their early 20s, police say.

The homicide unit was called in due to the severity of at least one victim's injuries. Read more.

Around 1:15 p.m. Two suspects, both black males, one 6' and dressed all in black, fled. So did the victim - whom Transit Police found about 15 minutes later waiting for a Forest Hills Orange Line train at Downtown Crossing.

A grease fire broke out in the kitchen of the Burger King at 553 Boylston St. around 7:30 a.m., spreading to the second floor via a vent. At 7:45, the fire went to two alarms.

The Boston Fire Department estimates damage at $100,000; says there were no injuries.

Wanted for A&B with a dangerous weapon.

Boston Police report they are looking for this guy for attacking an elderly person in the Burger King at 533 Boylston St. around 10:25 p.m. on Friday.

The Boston Licensing Board today ordered the Burger King on VFW Parkway to shut for an additional two days after a police detective found it open on the first day it was supposed to be shut as two-day punishment for staying open late without permission.

Lt. Stephen Meade told the board at a hearing Tuesday that while the dining room was closed on Aug. 27 as part of the restaurant's penance, the drive-thru continued to serve customers. Meade said he checked this by getting into the drive-through lane himself and, when he got to the ordering station, was asked for his order. He said the person behind him got served as well.