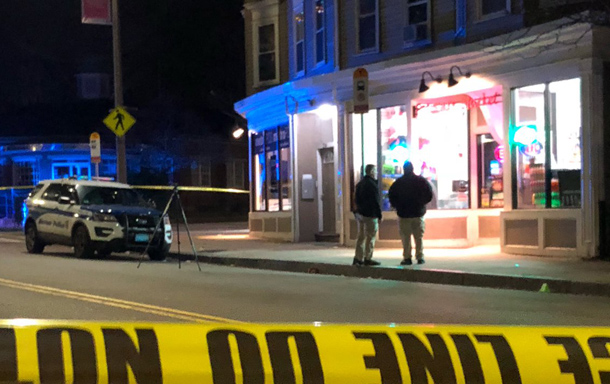 UPDATE: Friends are identifying the victim as Nat Gomes, a worker in the store.

KMV reports the man was shot inside Peguero's Market, 218 Bowdoin St. in Dorchester. Boston Police report the victim, a man in his 20s, was shot around 11:45 p.m. on Friday and was pronounced dead at the scene.

The Bay State Banner reports on a sometimes contentious meeting recently between BPD officials and residents.

Several hundred Boston police officers and federal agents swarmed through Dorchester early this morning, arresting some 30 alleged members of the Woodward Avenue and Hendry Street gangs in a bid to quell violence in the Bowdoin/Geneva and Uphams Corner neighborhoods - in particular in the Cape Verdean community.

Officials specifically targeted alleged Hendry leader Alexis Hidalgo, 31, of Dorchester, and alleged Woodward leader Jonathan DaSilva, 29, of Roxbury, in an investigation that began in 2011. In a statement, the US Attorney's office said:

The unbearable sadness of a neighborhood

The Globe has a very good and very sad look at Geneva/Bowdoin, as told through the lens of Big Nate, Trina and their 14-year-old son Nicholas, stalked and gunned down for no good reason. The point at which I almost lost it: