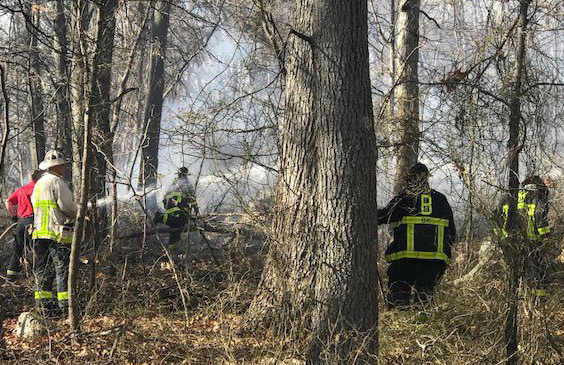 The Boston Fire Department reports a brush fire in the woods off Ruskin Road and Farrar Avenue brought firefighters and lots of hose shortly before 4 p.m. Read more.

At some point, the brush near Roxbury Latin should burn itself out, no?

Boston firefighters are back in the woods between Roxbury Latin School and the bird streets in West Roxbury, where the brush has burst into flames again.

A BFD spokesman says officials have "no idea" why the brush keeps catching on fire when other parts of the city that usually see brush fires - including the nearby Stony Brook Reservation - have so far remained fire free over the past couple of weeks.

UPDATE: Firefighters off the tracks around 11:50 a.m.