A Norwood man was sentenced to 22 to 24 years in state prison today after he admitted he fatally shot Daniel Vo on Rowe Street in Roslindale in 2019, the Suffolk County District Attorney's office reports. Read more.

Driver takes out utility pole on Rowe Street in Roslindale 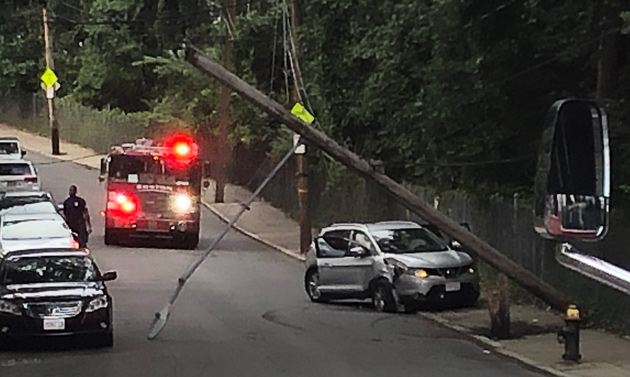 A man was shot in the shoulder at Rowe and Seymour streets in Roslindale around 8:25 p.m. Read more.

Man murdered in Roslindale is identified

Boston Police report the man shot to death on Rowe Street in Roslindale yesterday afternoon was Daniel Vo, 24, of Boston. No arrests have yet been made.

Man shot to death on Rowe Street in Roslindale

Citizen complaint of the day: Time for a murder memorial to go 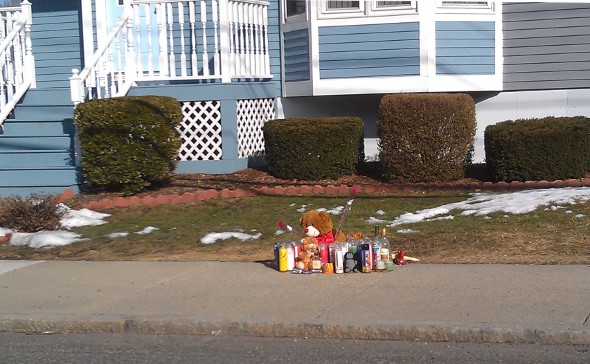 The memorial for Brandon John on Rowe Street today.

A concerned citizen has a request about the ad-hoc memorial on Rowe Street:

The memorial where that kid got shot in early January is still here, can that be removed? My family doesn't like the constant reminder that a kid got murdered on our block.

"It does not appear a random act at all," Deputy Supt. John Brown - who lives a short walk from the murder scene - said at a community meeting at Sacred Heart Church. "It was very directed. ... It happened for a reason."

Death in the back of a car