Cops tell Dorchester man his money's no good after he tried to bribe them before they booked him for stealing a car while drunk, DA says

A Dorchester man was released on personal recognizance - but ordered to attend AA meetings - at his arraignment today on a variety of charges for an incident in South Boston early Saturday in which he allegedly stole a car, fell into a drunken stupor at a traffic light, accelerated when two Boston cops woke him up, then offered them $10,000 to let him go, the Suffolk County District Attorney's office reports. Read more.

In the new South Boston, a parking space goes for six figures

A West Broadway condo association has sued the developers who put up their building and a man who lives down the street but who has a deed to one of its parking spaces, saying the developers sold him the space after they had already given up control of the building. Read more.

They've been workin' on the railway ... 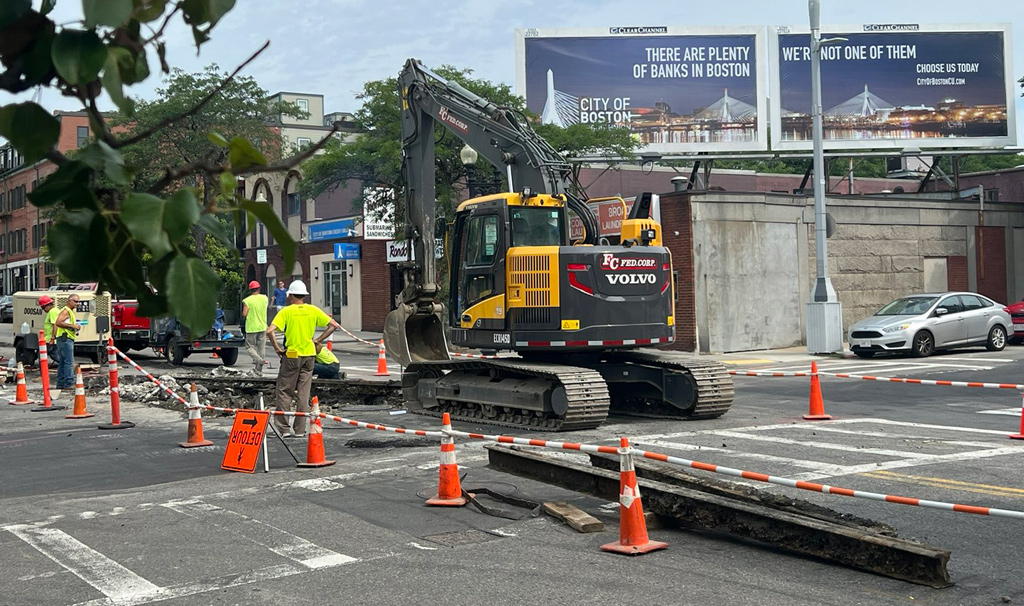 West Broadway to get another bank

The Zoning Board of Appeal today approved letting a bank move into an empty space at 71-75 West Broadway at A Street in South Boston. Read more. 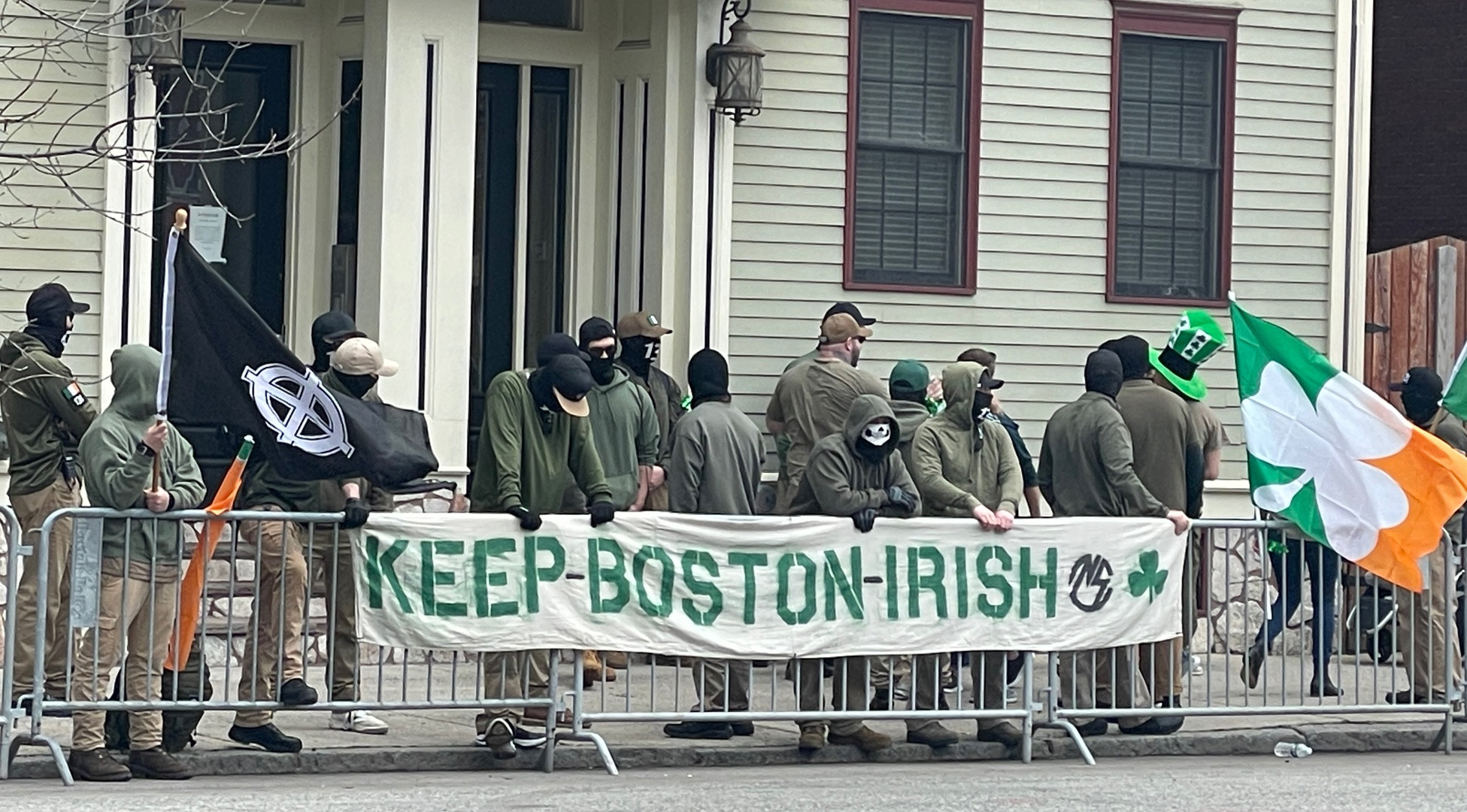 Why, yes, they have appropriated the Celtic Cross as a symbol; but if you need more proof, that weird scribble on the sign is their more "official" logo. Background on local Nazis. 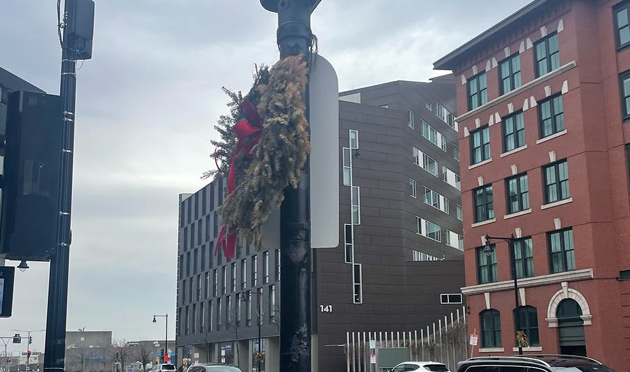 A fed-up citizen filed a 311 complaint on March 17 about a wreath still hanging at Dorchester Avenue and West Broadway in South Boston that included this explanation: Read more. 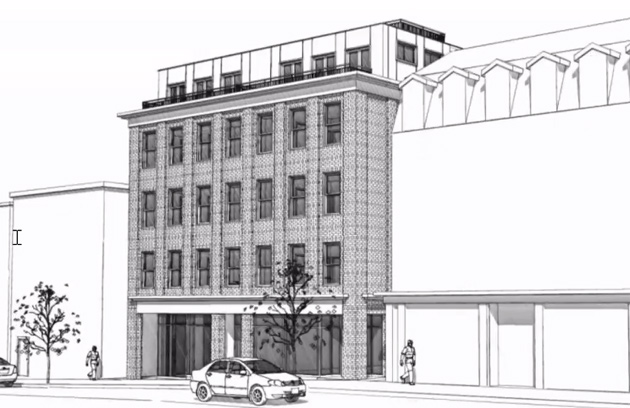 The Zoning Board of Appeal today gave approval to a plan that would turn the parking lot next to Shenanigans on West Broadway into a five-story building with eight residential units and two storefronts on the ground floor. Read more.

Boston could get more Taco Bells, starting in South Boston

The Boston Licensing Board could decide tomorrow whether to let a Taco Bell franchisee build one of its next-gen outlets, which feels more like a cantina than a fast-food drive-through, and which could be part of a series of new Taco Bells across Boston. Read more.

Woman collapses after her drink might have been spiked at a South Boston bar; the sort of thing city officials have been warning about

Update: Board found there was not enough evidence to prove the woman was drugged at the bar, so no violation.

A woman and her friend had just left the Lincoln on West Broadway when they turned the corner onto Dorchester Street and the woman started vomiting and then collapsed. Her friend flagged down a couple of police officers, who immediately radioed for an ambulance, because she was unconscious and her breathing very shallow - but every ambulance in the city was tied up, so they put her in the back of their cruiser and rushed her to Boston Medical Center, where a blood test revealed the presence of ketamine. Read more.

You could soon be able to tee off right on West Broadway, well, in a basement next to it 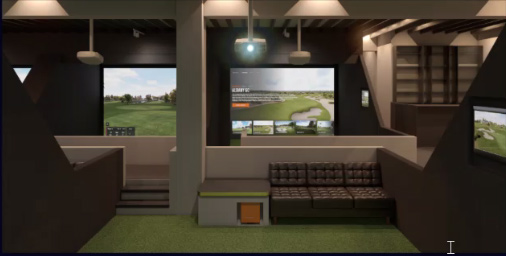 The Zoning Board of Appeals today approved a proposal for a golf "course" at which people could sign up for tee times to play 18 holes of golf on computerized simulations, then retire to a "19th Hole" lounge to talk over their rounds - all year long and even at night. And should they somehow injure themselves, there'll be a a CVS right upstairs. Read more.

South Boston could get a North End style cafe, and what's that without wine?

The owner of Brodway's Pastry, 258 West Broadway, has plans to create what could be the neighborhood's first place where older residents could relax with an espresso after a day of shopping or just after dinner, like Caffè Vittoria or Caffè Paradiso in the North End. Read more. 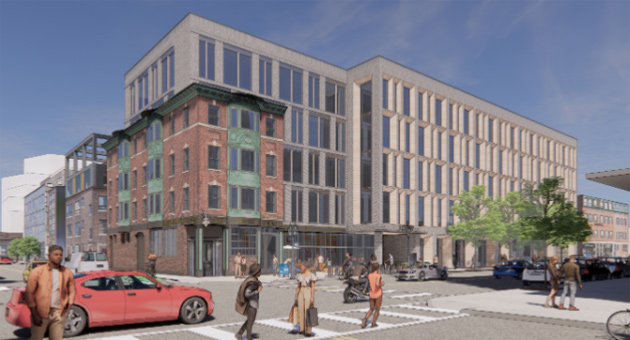 The Zoning Board of Appeal today approved plans to replace the historic Amrheins restaurant and its parking lot on West Broadway with a five-story office building with room for a new, reduced-size Amrheins. Read more.

Finally, a barber shop where local anti-vaxxers can feel at home 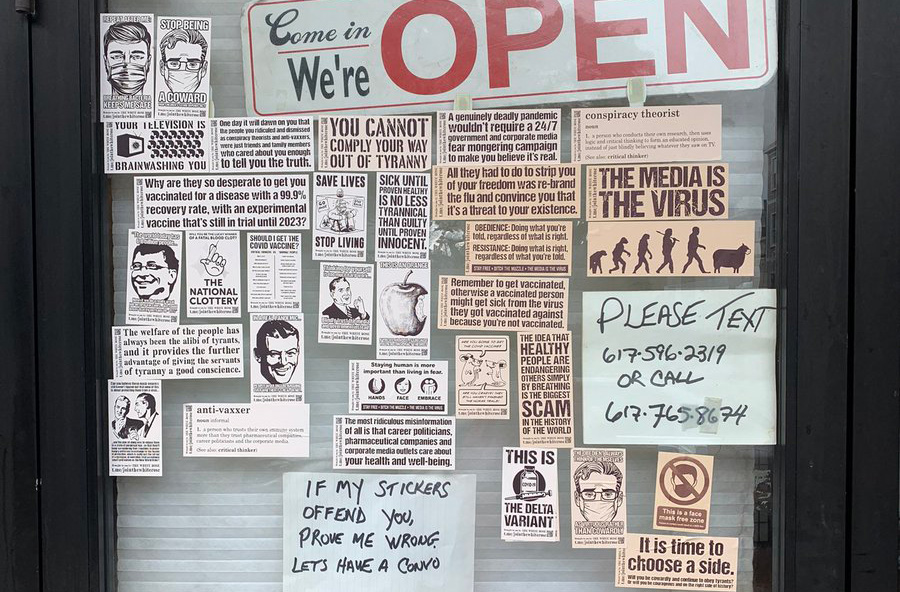 If at first you don't succeed: South Boston Foodies finally gets a beer and wine license

The Boston Licensing Board voted yesterday to grant Foodies, 230 West Broadway, the beer-and-wine license it had been denied repeatedly in recent years. Read more.

The Boston Licensing Board could decide tomorrow whether to grant Foodies, 230 West Broadway, a beer-and-wine license after rejecting similar requests from the store in the past. Read more.

Citizen complaint of the day: Naked man in the window doesn't meet my attractiveness standards

A discerning citizen files a 311 complaint about a man on the other side of a window on West Broadway in South Boston:

Each day, there's a naked man who stands in the window of the condo building, facing the Broadway Bridge. He's there all the time. I don't know if this is illegal, but he's not a very attractive man. I recommend that he be given a good leaving alone.

Amrheins in South Boston shuts down for a bit

Update: Kara Baskin reports they will re-open for breakfast and lunch on Jan. 6.

Boston Restaurant Talk reports it's unclear whether this is for the winter or for good. In October, a developer filed plans to build an R&D building on the site, but keep Amrheins on the first floor, if in a smaller space. 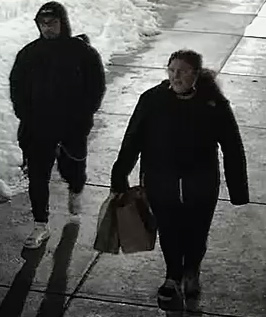 Boston Police report they are looking for a man and a woman for a stabbing at F Street and West Broadway in South Boston around 10:45 p.m. on Dec. 18. Read more.

Middleboro man charged with trying to break into South Boston apartment; found with stolen and loaded gun and somebody else's passport

Boston Police report arresting William Walsh, 35, of Middleboro, on charges he tried to break into a West Broadway apartment shortly after 5 a.m. this morning, after he was apparently more successful breaking in somewhere else and stealing a loaded gun, credit cards, a license and a passport. Read more.

Another new building approved for West Broadway in South Boston 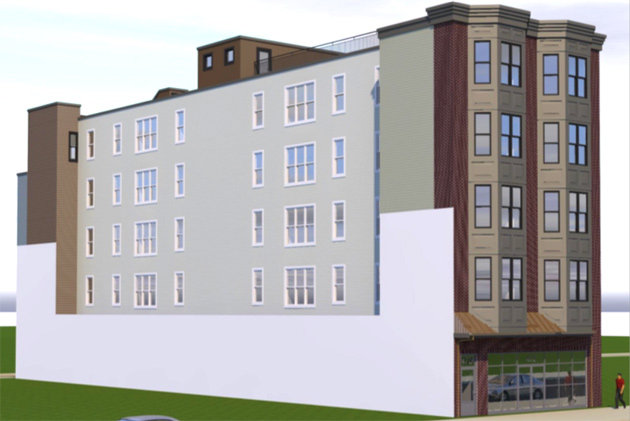 The Zoning Board of Appeal today approved plans to replace a three-story building at 472 West Broadway in Perkins Square with a five-story building with 16 smallish residential units, spaces for 11 cars in a garage using a three-tier stacking system, and ground-floor retail space. Read more.