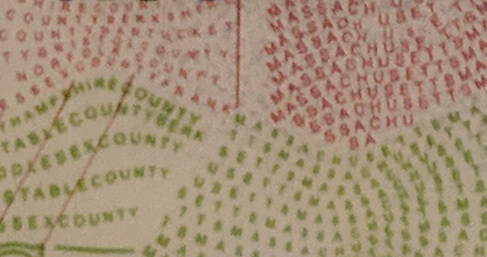 The doorman at Bijou on Stuart Street was a bit suspicious of the young-looking woman with the Maine license trying to get into the club one October night, even though her ID checked out OK on the computerized scanner he uses. So he turned to a trick police and the more experienced door staff use to ferret out people with fraudulent IDs: He asked her the state capital. When she replied "Augusta," he let her in - because most people who get fake IDs don't expect to be quizzed on facts about the state they're allegedly from and can't answer such questions. Read more.

Boston Police report officers who responded to a report of a fight at Bijou, 51 Stuart St., around 1:45 a.m. on Sunday, found a combatant that witnesses said had pulled out a gun during the disturbance. Read more.

People move to luxury apartments next to nightclub, shocked to hear music from that club

The Herald reports on the noise battle between residents of the luxury AVA apartments on Stuart Street and Bijou, the club next to which their high rise was built.

Earlier:
That time people moved into condos near the South Street Diner and tried to end its all night service (they failed).

A pair of 18-year-old Suffolk University students with fake Canadian IDs managed to procure a couple of vodka drinks at Bijou on Stuart Street shortly before several Boston police officers walked in for an unscheduled inspection on Nov. 10. Read more.

The Boston Licensing Board yesterday ordered Icon, 100 Warrenton St., shut indefinitely over a pair of incidents in which detectives found underage drinkers on the premises. Read more.

The Boston Licensing Board decides Thursday what to do about an Oct. 17 incident at Bijou on Stuart Street, in which detectives watched a waitress at a VIP table tip a one-liter bottle of Johnny Walker Black Label into a patron's mouth as he gulped down the amber liquid. Read more.

Bijou owner George Aboujaoude says he is "very grateful" Boston Police quickly showed up outside his club early on May 17 - without that, a melee that ended with ten arrests, three guns seized and one officer in the hospital could have turned out far worse.

But at a Boston Licensing Board hearing on the incident this morning, Aboujaoude and club attorney Karen Simao said they're taking several steps to try to keep gang members - whom police blame for a good part of the roving brawl and all three of the guns - out of the club. Read more.

Boston Police report the street outside Bijou, 51 Stuart St., was packed with Dorchester gang members at closing time early this morning - and some of them came ready for trouble with loaded guns. Read more.