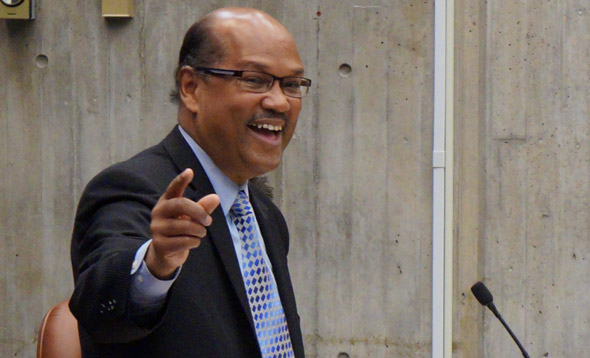 Boston city councilors and Mayor Walsh said goodbye to councilors Charles Yancey (Dorchester) and Steve Murphy (at large) at their final meeting of the city council.

Walsh presented the two with Revere bowls for their years of service - 32 for Yancey, 19 for Murphy. Read more.

Quid pro quo: Wu says she has the votes to become next City Council president

The move means Wu will decide which committees councilors sit on - and that she will become mayor should something happen to Marty Walsh.

City Council elections, the morning after

Two long-time councilors on the way out 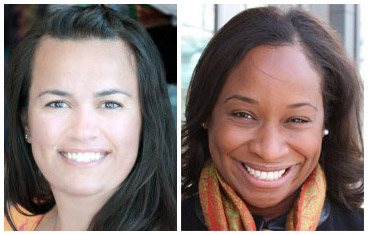 The Dorchester Reporter calls District 4 for Andrea Campbell in a decisive win over three-decade Councilor Charles Yancey, in her first run for elective office.

Campbell voted in Stoneham in 2012

The Globe reports on District 4 city-council candidate Andrea Campbell's residency status over the past few years.

Tuesday's election, which could have record low turnout, features a small field of five candidates for the four at-large council seats and contested elections in just four of the nine district races (Baker vs. Palmer in District 3, Yancey vs. Campbell in District 4, McCarthy vs. Sanon in District 5, Jackson vs. Clemons in District 7). Here are some articles about the races: Read more.

Tuesday election could prove to be referendum on monorail

At-large City Councilor Steve Murphy, one of five candidates for the four at-large seats open in Tuesday's election, continues to bang the drum for a privately funded solar-powered monorail between North and South stations.

Two key councilors in the struggle for higher council pay say they have come to terms with the mayor's proposal to increase their salaries 13.7%, to $99,500, come January. Read more.

The Globe surveys continued progressive disenchantment with the freshman at-large councilor, running for re-election in November.

Tito Jackson has some musical competition

Elizabeth Weinbloom, running for alderman in Somerville's Ward 6, has her own campaign song, a protest against rising rents performed by Amy Kucharik that harkens back to the original Charlie on the MTA - a campaign song for Walter O'Brien, the Progressive Party's candidate for Boston mayor in 1948.

Jackson, who dropped his first campaign song in 2009, updated his catalog this month with "The Tito Dance:" Read more.

Last-minute forum for the two races this Tuesday

The Globe reports on a forum for the districts now represented by Charles Yancey and Tito Jackson - the only ones to have enough candidates to require preliminaries on Tuesday.

Only 2 council races have preliminaries this year; meet the challengers in one of them

Two challengers look to unseat the longest sitting city councilor in September's preliminary election for District 4, which includes parts of Dorchester, Mattapan and Jamaica Plain. We talked to both Andrea Campbell and Terrance Williams. Councilor Charles Yancey did not respond to several interview requests. A fourth candidate, Jovan Lacet, will be listed on the Sept. 8 preliminary ballot, but Lacet says he has dropped out of the race.

Andrea Campbell of Mattapan is a newcomer to the race for public office after serving as deputy legal counsel for Gov. Deval Patrick. Terrance Williams of Dorchester is back after an unsuccessful 2013 run against Yancey. Read more. 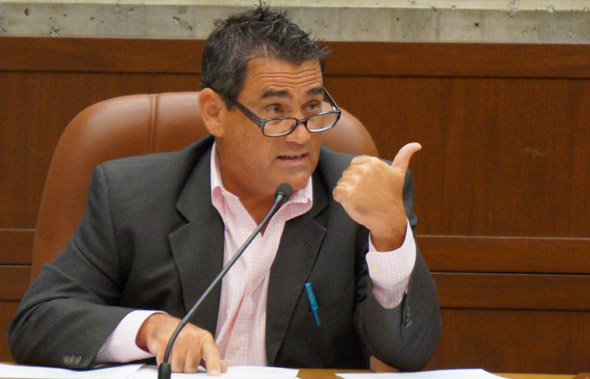 A board assembled by the mayor to look at raises for city councilors today recommended an 11% raise, which would bring council pay to roughly $97,000 starting in January.

City Councilor Bill Linehan said he will file a measure on Wednesday for a higher increase, Mayor Walsh's past veto of a higher raise be damned.

"We're not going to back down," Linehan said. Read more.

Most Boston voters will get to ignore the Sept. 8 preliminary elections for city council: Only District 4 (Dorchester, Mattapan) and District 7 (Roxbury) have enough candidates to warrant an election - and neither has any candidate debates or forums scheduled between now and the election. Read more.

The Dorchester Reporter takes a look at the race for city council in the Fourth District, where incumbent Charles Yancey - who begins pretty much every public statement by declaring he's the longest serving city councilor - faces three opponents in the September primary.