Citizen complaint of the day: A pizza topping even worse than pineapple

A disgusted citizen filed a 311 report after being dive bombed by a seagull at lunch time on West 3rd and C streets in South Boston this afternoon: Read more. 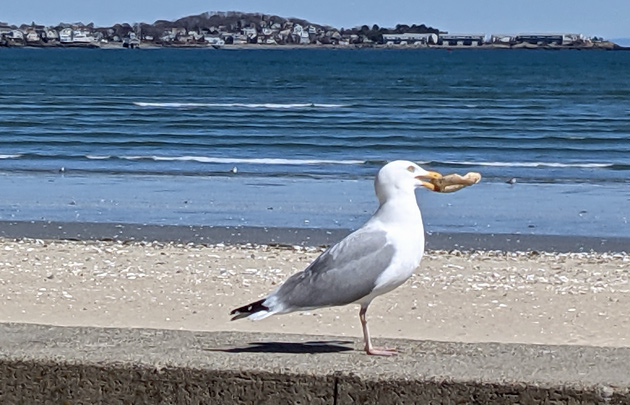 A seagull tried to figure out how to down half a bagel at Revere Beach this afternoon.

Citizen complaint of the day: Yo no quiero Taco Gull 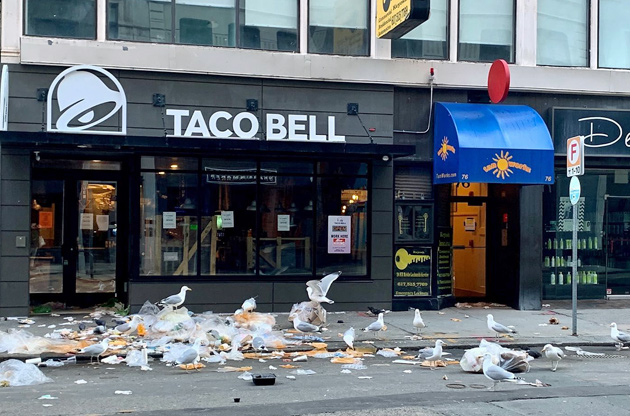 A disgusted citizen filed a 311 report about the gull buffet outside the Summer Street Taco Bell this morning. Read more. 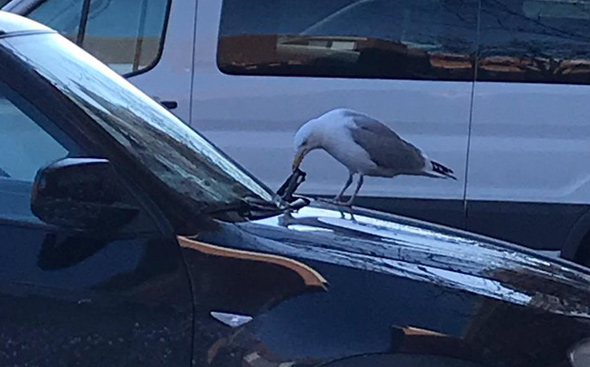 Earlier:
The rat-swallowing seagull of the North End.

Hub of the Universe, baby: Brit tourist videos one of our seagulls swallowing a rat whole

Never mind the Goat, we've got the Seagull - and a British tourist was there to record it all on Salem Street in the North End - and provide appropriately horrified commentary, because nothing like this ever happens in jolly old England. 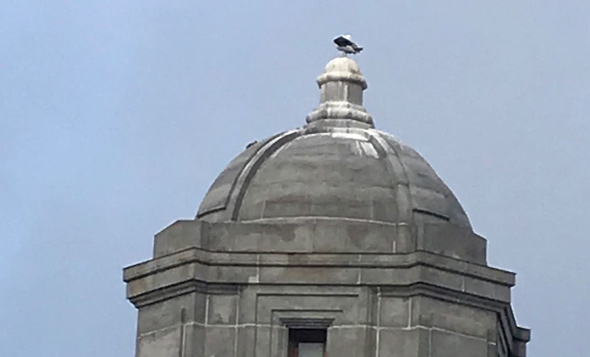 A disgusted citizen files a 311 complaint about the condition of the tops of the newly rebuilt seasoning shakers along the Longfellow Bridge:

Lovely seagull poop on all 4 towers of the beautiful Longfellow bridge.

This morning I watched four Seagulls get into a knife fight on Causeway Street over sidewalk leftovers from Halftime Pizza. Yes it's that good. 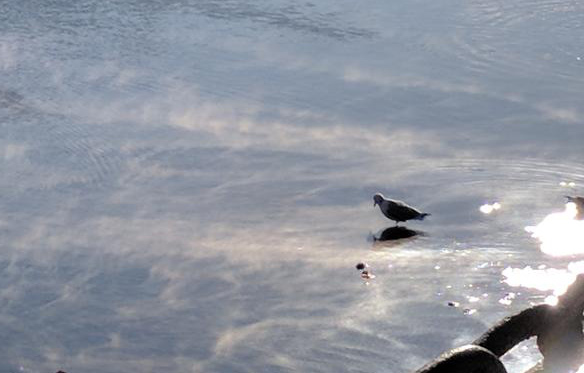 Kelley Hand braved the single-digit temps at Christoper Columbus Park this morning and got to watch seagulls in the sea smoke in Boston Harbor.

Jocelyn also scanned the sea smoke on the harbor.

Maine birdbrain in town for a visit

After this seagull gave Rick a basic "Sup, bro?" at his downtown office this morning, Rick noticed the bird had a metal band around one leg. And it turns out the band may be from a research project up in Maine.

For the past week, dd808 has watched a bird he's calling Bugsy Seagull attack his or her own reflection in a Government Center window. The Animal Rescue League papered over the window, but Bugsy outsmarted them - he just moved to another window.

Chris Dempsey spotted this unlikely trio on the Common today - turkey, seagull and pigeon: Together they fight crime.

Woman jumps into Fort Point Channel to save injured seagull

New way for the T to boost ridership 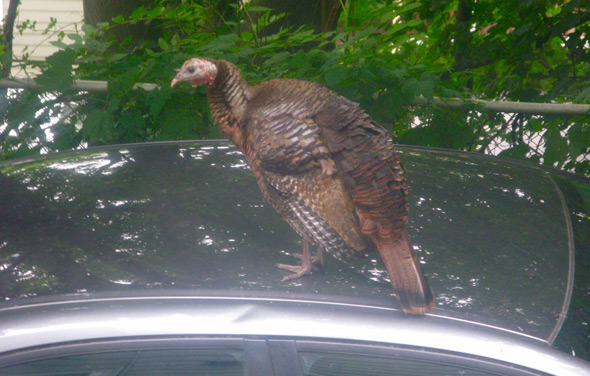 Renee Graham went out to her Coolidge Corner driveway this afternoon, only to be confronted with this situation:

Not long after, though, the bird flew the, um, coupe: Read more.

Gullible reporter thinks one good tern deserves another, but in a pinch, a bunny will do 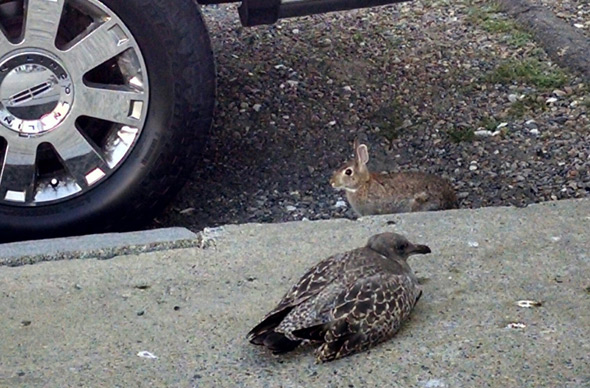 SteveBikes spotted this rabbit and young seagull giving each other the eye outside the Boston Athletic Club in South Boston.

UPDATE: As people are telling this bird-agnostic reporter, that's an immature gull, not a tern, so the headline's been adjusted accordingly. And thanks to Earl for the original headline idea.

A bird's eye view of traffic on the Expressway

Eileen Murphy watched a seagull watching the traffic from a perch in Pleasure Bay.

Mike Ross tapped out a column today that's ostensibly about the problems with the American patent system but which is really about his hatred for seagulls.

Some see the world for all its glory; I see a bunch of problems in need of tinkering. My latest annoyance is seagulls. A peaceful day on the beach can suddenly turn Hitchcock when errant sunbathers leave unattended bags of chips on their blankets. I swear I once saw a seagull unzip a handbag on Good Harbor Beach in Gloucester.

When dinner bites back

Seagull vs. crab at Pleasure Bay.

Photo set showing a group of seagulls attacking a robin - and then fighting over its remains - in Post Office Square. Via the Urban Pantheist.