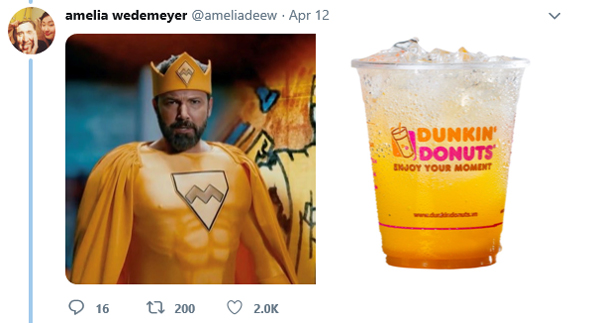 Restring some of the old clotheslines, put out some barrels and baskets and, you're pretty much done, as Marissa Breton shows us on Margaret Street, which Ben Affleck will be using as a set for "Live by Night." Read more.

NorthEndWaterfront.com reports everybody's favorite Cambridge actor-turned-director will be filming scenes for a Lehane-based novel in the North End next week.

How about a TV series about Whitey Bulger?

Ben Affleck is directing a pilot for Fox:

Set in ’60s Boston, the drama follows FBI agent Rudy MacAteer and his informant, Irish-American gangster Mickey Flood. In his effort to take down the Italian-American mafia, MacAteer finds himself breaking the law. Eventually, he and Flood pave the way for the rise of the Irish-American mob.

On trip to West Coast.

Ben bows out of Senate race.

Damn you, Matt Damon, you and your sexiness!

South Boston native Billy Baker has a long exposition in the Globe today on the decline of Olde South Boston. His initial point seems to be that all the reality shows being filmed there will make Southie the laughingstock of America by turning it into Jersey Shore North. But read the whole thing and you get to the point where he explains that Matt Damon, Ben Affleck and starry-eyed young women who just couldn't control themselves destroyed the Southie of old:

How to make Ben Affleck's life a bit more miserable

Not everybody in the North End is thrilled to bits that Affleck's "The Town" will take over pieces of the North End for filming next month (hey, they're closing the entire Charlestown Bridge during daylight on both 10/3 and 10/4). La Diaba begins to ponder her own personal protest when the crews take over her street:

I'm not saying I want to ruin their shoot, just make their digital erasing guys pull down some very expensive overtime hours in post. Any ideas?

Watch where you walk these days, or you might be inadvertently immortalized on film, as Kevin James and a few dozen of his closest friends film "The Zookeeper" in the Public Garden and Back Bay (via Hub on Location), and Ben Affleck and his sweetie Jennifer Garner draw crowds and snarl the snarled traffic in Harvard Square while filming "The Town" (via

Now, don't get me wrong. I thought "Good Will Hunting" was a very good movie and am glad it won a couple of Oscars. And it does a far better job at capturing the real Boston than, say, "Celtics Pride" or "Blown Away" (to the point of including a line that only a local who was around before CharlieCards would understand: "He wanted to get you a T pass"). But even a movie written by a pair of locals has its errors:

Mind your Ps and Qs

When Lambeau goes to the boiler room to find out who the genius kid is, the head blob janitor eventually pulls out an index card that lists Will's address as "Q Street." There is no Q Street in South Boston (or anywhere else in the city).

When Will walks out of court, he crosses in front of a blue-and-white "Metro Police" car. Boston no longer has any Metro Police, but even when we did, their cruisers never shared the blue-stripe-on-white scheme of Boston police.

For the record: Affleck not from Dot

The Gray Lady goes on a tour of Southie and Dot with Ben Affleck, in which he does display some regret at forsaking verisimilitude in "Gone Baby Gone" by setting a climactic scene in a Southie bar:

"It's sort of a cheat," he said. "Because there's no real reason a guy from Dorchester would come all the way to Southie to find a bar. But we liked the way this one looked."

Dorchester: No place for the weak or innocent

That's the meme that's starting to spread in advance of the fall release of Ben Affleck's adaptation of Dennis Lehane's Gone Baby Gone (featuring Morgan Freeman as God Ed Davis). The trailer has some nice nighttime shots of the city:

Falling in love with Ben Affleck all over again

... I'm sorry, but that is the cutest thing ever. Can you imagine, burly Affleck with the wee little one, going through the Sox yearbook and being all, "Oh, that's Papi. We'll teach you how to genuflect when you say his name." ...

... I was just wondering: Has anyone figured out the Red Sox won-loss record when Ben Affleck is at Fenway? I know I've been to two games in the past six or seven years when he's been in attendance, and the Sox lost both of those games. ...

Bright idea of the day: Bring the Aflac duck to Boston to yell AFFLECK!

The Girl in Camo hangs with Ben Affleck. Well, gets to the bar when Jennifer Garner's better half is there:

... So yeah, we head down to the Local around 8:45 and as soon as I walk in the door I see him, and I want to yell out, "RE-TAIN-ER! Retainer." Because no one works without a retainer in this town, right? But I was cool, like the time I ran into Tom Guiry at the Pour House. Besides, it looked like all the regulars were kind of harassing him. ...

Ben Affleck to blame for sorry state of Dorchester park

Mike Mennonno dishes the dirt on rundown Meaney Park and why it's all the ubiquitous actor's fault.