Northeastern University, meanwhile, reports Customs and Border Patrol has refused to tell it why agents blocked one of its Iranian students from leaving Logan and then put him on a plane out of the country 30 minutes after a judge ordered them not to.

Mohammad Shahab Dehghani Hossein Abadi, who got a visa from the State Department a week ago so he could fly her to start as a freshman in an economics program at Northeastern, is now being held at Logan's Terminal E, where Customs and Border Patrol wants to put him on a flight back out of the country. Read more.

The Supreme Judicial Court today dismissed a libel suit against the news editor of the UMass Boston student newspaper because the paper accurately reported accounts by campus police that they were looking for a man for some "suspicious" activity on a shuttle bus - and that means she is covered by a legal principle that protects journalists reporting on "official" statements and actions. Read more.

The Zoning Board of Appeal today rejected a proposed new roof deck as part of an overall rehab of a Beacon Street frat house after a neighbor worried about noise and the neighborhood association groused about the dangerous precedent the deck could set. Read more. 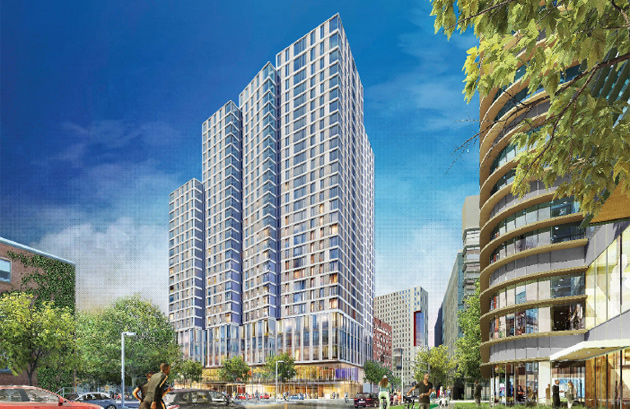 Northeastern University and American Campus Communities of Austin, TX this week filed plans with the BPDA for a 26-story building that would include 21 floors of dorm space atop five floors of academic and office space - and that would let the school sell off other dorm buildings to be turned into tax-generating rental apartments or condos. Read more.

It's Harvard, what do you expect? The Crimson reports members of Congress, including at least one who went to school in Cambridge, are pushing a bill, basically aimed at Harvard, that would prevent colleges from punishing students who join single-sex clubs. Read more.

BC student charged with encouraging boyfriend to kill himself, which he did the morning he was supposed to graduate

A Suffolk County grand jury has indicted now former Boston College student Inyoung You on charges she repeatedly texted her boyfriend and fellow BC student Alexander Urtula to kill himself - and then watched as he jumped to his death from the top Northeastern University's Renaissance Garage on the morning of May 20, 90 minutes before he was due to participate in graduation ceremonies at BC - the Suffolk County District Attorney's office reports. Read more.

As BU students turn to scooters to get around, school asks city for help

The Daily Free Press reports growing numbers of BU students are using scooters - most of them non-electric - to get from A to B on the elongated BU campus; quotes a BU official as saying there's only so much they can do to keep scootin' scholars from getting flattened on public roads in a city with no formal scooter regulations.

The Harvard Crimson reports a federal judge in Boston has upheld Harvard's attempts to ensure diverse classes through "race-conscious admissions policies" are legal - and meet guidelines set down by the Supreme Court. Read more.

Update: His family reports he died around 5:30 p.m. on Wednesday.

The Globe reports Daniel Hollis got into a fight with some other college-age men around 1:30 a.m. on Saturday, during which his family says he fell and hit his head on bricks and cement. Read more.

The first rule of Cheese Club is: Eat cheese

The Huntington News reports on the formation of Northeastern's newest student organization: Cheese Club. And it's just what it sounds like.

And will start classes tomorrow, the Harvard Crimson reports. The Crimson doesn't say how Harvard convinced the Trump administration to change its mind and let Ismail Ajjawi back into the US.

Palestinian refugee accepted to Harvard, flies to Boston, where he is detained for eight hours, then booted from country because of his friends' social-media posts

Trump's America, everybody, as writ in a detention room at Logan Airport.

The Globe reports Suffolk University is buying the Ames Hotel across from the Old State House and will convert it into a dorm - much like BU did decades ago with a couple of hotels in Kenmore Square, such as the old Myles Standish Hotel.

The Harvard Lampoon vows to be more careful in the next school year, the Harvard Crimson reports.

The Crimson reports the sophomore admits he was drunk, but denies he was drugged up, and says he initially approached the "resident tutor" at his residence hall for help with his inebriation but, according to campus police, wound up beating him up instead - and tried to do the same with police officers who responded. The student tells the Crimson everything's been cleared up, although he still has to travel all the way to Medford - the current home of Cambridge District Court - to face criminal charges that include assault and battery. 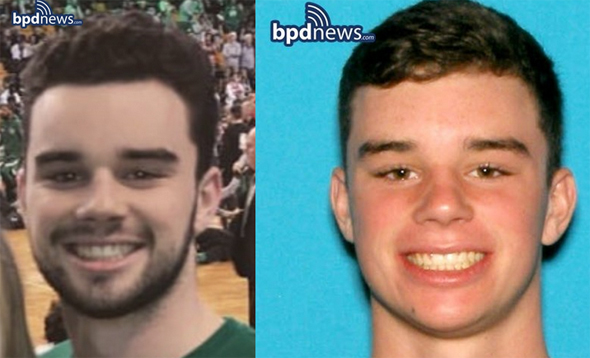 Boston Police report finding the body of Maximillian Carbone, 19, a Wenthworth student, in a wooded lot off Terrace Street near Cedar Street this morning. Read more.

Spring colors were bursting out all over at Boston University 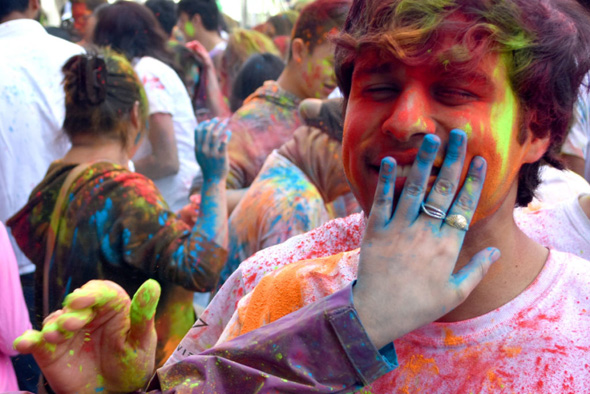 The Harvard Crimson reports the U has decided the dining hall at Lowell House will no longer feature a portrait of Abbott Lawrence Lowell, who banned black students from Harvard Yard residences, instituted a quota for Jews and led a purge of gay students. But actually renaming Lowell House? Nah.