Owner of building on Charles Street on Beacon Hill sues over basement excavation next door; says the work has rendered its building unsafe for occupancy

The owner of 151 Charles St. on Beacon Hill yesterday sued the owner of the neighboring 149 Charles St., for what it says is illegal digging in that building's basement, which it claims removed some supports for its building, forcing it to evacuate the tenants who had not already moved after their floors started warping, their walls started cracking and doors and windows stopped closing all the way. Read more.

A federal appeals court ruled yesterday that there's just too much risk of top-secret government information being released to let the current Saudi government try to wrest control of eight condos in One Dalton Place, the Mandarin Oriental and Millennium Place from a former Saudi anti-terrorism official who backed the wrong prince in a succession battle. Read more.

Charles River Associates, which says it was hired by Twitter to help it figure out how to make Elon Musk pay $44 billion for the company after he tried to back out of the deal, today sued Musk's newest acquisition for the $2.2 million it says it's owed for the work - times two or, even better, three, plus 18% annual interest. Read more.

Judge tosses lawsuit against Boston rule requiring proof of vaccination in indoor public places, not because it's expired, but because the case should never have been brought to begin with

A federal judge today dismissed a lawsuit by 19 people against the city's requirement that they show proof of Covid-19 vaccination in most indoor public spaces because they failed to prove they were actually harmed by the rule. Read more. 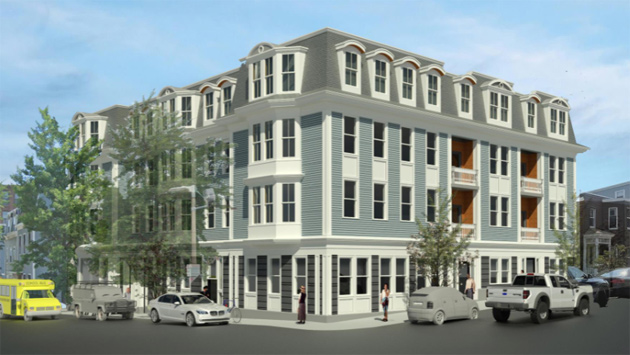 Six residents who would live next to a four-story, 24-unit apartment building at 363 E St. in South Boston yesterday sued to block its construction, saying there's nothing unusual enough about the parcel to justify the number of variances the Zoning Board of Appeal had to grant. Read more.

A Quincy psychiatrist fired by Mass General Brigham after it rejected his request for an exemption for Covid-19 shots on both medical and religious grounds is appealing a judge's ruling to toss his case. Read more.

Connecticut man sues Faneuil Hall bar, Boston firefighter who has been charged with slamming him to the ground last month

A Connecticut man who came up to Boston with his wife to celebrate his daughter's engagement remains in a bed at Mass. General, suffering from life-altering injuries he and police say he suffered when an off-duty firefighter enraged at somebody else slammed him to the pavement outside J.J. Donovan's Tavern, according to the suit he and his wife filed today against both the bar and the firefighter. Read more.

Area pickle company sours on the Wahlbergs; says what they're doing with pickles just ain't kosher, so it sues

Grillo's Pickles, started by a man who sold pickles from a cart outside the Park Street T stop, yesterday sued Wahlburgers over the competing pickles the burger chain now sells, alleging they have lying labels because they are not preservative free and because they might be based on Grillo's 100-year-old secret family pickle recipe. Read more.

Two law firms that represented former Cambridge resident Alan Dershowitz in legal actions stemming from his relationship with dead molester Jeffrey Epstein today sued three insurers with whom Dershowitz had policies to cover such things, charging the insurers failed to fully reimburse them for their work despite initially agreeing to. Read more. 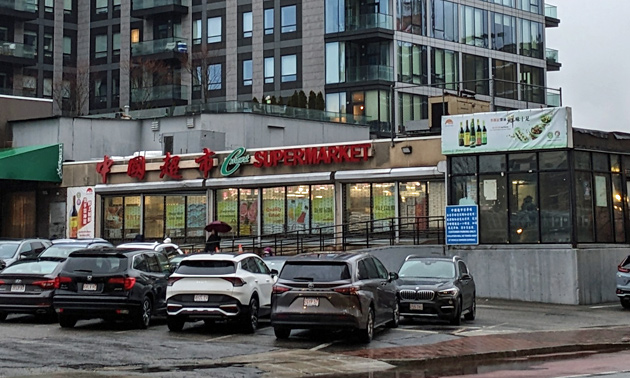 CCBA to Cmart: See ya.

The Chinatown Consolidated Benevolent Association says the owner of the Cmart supermarket has known since at least 2019 its lease on association land at Washington and Herald streets would not be renewed when it ends this July and yet is acting as if the lease will actually be extended. Read more.

A former Salem-area man who is now a full-time Florida Man says the decision of the organizer of a Salem horror-movie series to ban most movies from Florida and Texas in protest over their LGBTQ laws and policies is a horrendous violation of his civil rights - and Constitutional protection of interstate commerce - so he's suing. Read more.

A home contractor who used to work in eastern Massachusetts yesterday sued Nextdoor for failing to quickly take down negative comments from a disgruntled customer that he says were false and cost him tens of thousands of dollars in lost business. Read more.

On Friday, US District Court Judge Angel Kelley once again rejected a demand from the lawyer for the Satanic Temple that she order Mayor Wu to attend a temple convocation and then answer questions about how the Boston City Council selects local clergy to give the invocations that start council meetings. Read more.

A federal judge has tossed a Concord lawyer's suit against the state court system, which he claimed was trying to torture him, in violation of the United Nations Convention Against Torture, by making him don a face mask to enter state courthouses in the days after the courts reopened and before Covid-19 vaccination became widespread. Read more.

Online retailer doesn't have a 'physical' presence in Massachusetts just because some of its cookies and apps are stored in a data center here, court rules

The Supreme Judicial Court concluded today that "electrons" stored at a Cambridge data center and used to assemble Web pages and feed apps for a California auto-parts retailer do not mean the retailer has a "physical presence" in Massachusetts. Read more.

If you move next to a golf course, what's a reasonable number of golf balls hitting your house? Court orders new trial on the question

The Supreme Judicial Court today ordered a new trial for a Kingston couple who had been awarded $3.5 million because their house and yard kept getting pummeled by golf balls from a neighboring course, ruling the judge in the case had bogeyed his instructions to the jury. Read more.

A judge has ruled an HIV-positive man can continue his lawsuit against Boston Medical Center for not letting him in for semi-annual checkups because he won't put on a face mask, but that she's not going to immediately order the hospital to simply provide him the pills he needs in part because he's known for ten months now that he would have to find a different health-care provider in a city not lacking for them. Read more.

A videographer who was fired from his job working on WCVB's "Chronicle" show in 2021 for refusing Covid-19 shots has sued the station and the Massachusetts Department of Unemployment Assistance for his firing in November, 2021 and denial of unemployment benefits, saying the station refused his legitimate request for a religious exemption and that the state is also discriminating against him by refusing to pay him unemployment. Read more.