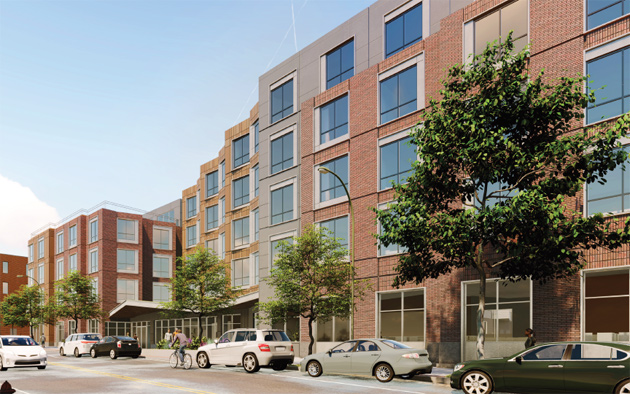 The BPDA yesterday approved a proposal by the Pine Street Inn and the Community Builders for a 202-unit apartment building on Washington Street, near Green Street, in Jamaica Plain, in which 140 units will be reserved for people in Pine Street Inn programs and the rest rented to people making no more than 80% of the Boston area median income. Read more. 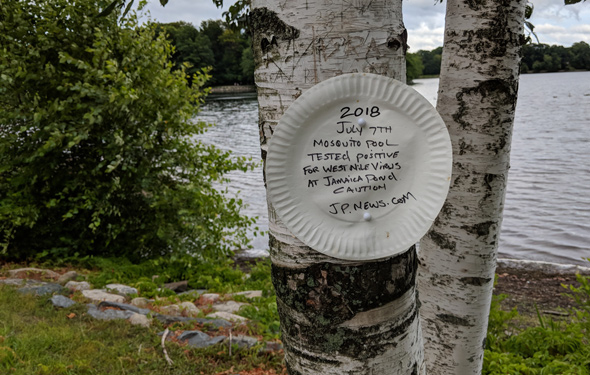 At Jamaica Pond this afternoon.

What's up with Bukhara?

I thought that Bukhara in JP had closed, but today I got a Groupon offer for them. Was I misinformed about them closing?

The Ward 19 Democratic Committee will meet Monday, January 6, at 7:00 PM at the Roslindale Community Center. The Committee welcomes any voters registered as Democrats in Ward 19 who are interested in participating in Committee events, and contributing to our mission, to attend our meetings. At this meeting, we will be preparing for our February caucus.

To find out if you live in Ward 19, check your address here.

Wayne Wilson was a good man who passed away on November 15, 2013. Wayne was a resident of Ward 19 in Jamaica Plain and was a hardcore Progressive Democrat who was traveling around his State Senate District visiting the local Democrats in effort to challenge Mike Rush for the Senate seat in the September 9, 2014 Democratic Primary. Wayne was very active in local Democratic politics. I last saw him on November 12, 2013 at the Ward 19 Democrats where he was an active member in Karen Paine's organization.

The Ward 19 Democratic Committee will meet today, Monday, October 7, at 7:00 PM at the Roslindale Community Center. The Committee welcomes any voters registered as Democrats in Ward 19 who are interested in participating in Committee events, and contributing to our mission, to attend our meetings.

The previously planned forum for the mayoral candidates that was to be held October 8 has been cancelled.

To find out if you live in Ward 19, check here.

The History of the Casey Overpass

This newly researched and opinionated history of the Casey Overpass in Jamaica Plain may serve as useful background information for a community grappling with how and why we got here - and where we're going.

Casey reports on a near tragedy averted at Green Street, where daughter Roozle's stuffed Nummy bunny fell onto the tracks as they were getting off the Orange Line today:

The entire train gasped. Nummy was gone. Roozle immediately started screaming, "My friend! Nummy! She fell on the tracks and now a train is going to run her over! She will be squished by the train! On the tracks! I NEED MY FRIEND!!!" I ran ahead to find anyone who could help us.

Don't worry, there's a happy ending, involving a driver who brought the train to a halt halfway up the tracks at the station - at rush hour - got out - and rescued Nummy.

Carnage along the E line: Councilor wants to mount cameras on trolleys to catch motorists who don't stop for riders

City Councilor Mike Ross says riders on the E line between Brigham Circle and Heath Street shouldn't have to worry about getting flattened by crazed Massholes who ignore the "STOP" painted on the sides of open trolley doors.

Ross, who lives on Mission Hill, is seeking legislation to let the T install cameras on trolleys that share the road with motorists in that stretch to catch and ticket drivers ignoring stopped trolleys.

Boston Police report arresting a man on charges he broke into a car on Washington Street this morning. Police report they had some help from the car's owner - who heard his alarm go off around 6:05 a.m.:

Young boy fell on tracks at Stonybrook. Seems okay. Paramedics getting him out now. Orange delayed both directions. ...

Uh oh dad's arrived. Let's argue with mom in front of everyone about how it happened.

Smart People On Bad Days provides serious advice in language not geared to the "Dear Abby" set, and it's written by a local Jamaica Plain author.

You can have your say about how Stephen Lynch's bad votes hurt our community here: http://www.stephenlynchsbadvotes.com/

Who brings wood to a hospital?

Daily Worcesteria reports federal bug experts no longer think the dreaded Asian Longhorned Beetles at Faulkner Hospital came from a nursery, but instead from "someone visiting the hospital" from the Worcester area. Who brought some infested wood.

Morgan Shaker is prominent among the young creatives at the Whitehaus – the Jamaica Plain musician, poet, and artist co-op known for its DIY philosophy and positive “yes wave” attitude. One of many musicians under that roof, he often takes a lead role as organizer and promoter of events. Friendly and thoughtful, he’s frequently called upon to share his philosophy about what the Whitehaus Family is and does.

Right now, Morgan Shaker is busy promoting Blastfest III, March 20th, at the Cambridge YMCA. It’s an equinox celebration that runs 11 AM to 11 PM and features the talents of over two dozen acts. It’s also all ages show, and admission is $5 to $10 “on a sliding scale…no one refused”– a remarkable bargain for twelve hours of entertainment. Once admitted, you may come and go as you please.

An improbably wide variety of musical styles will be represented. Taken collectively, these dissimilar sounds contribute to Blastfest’s “Weird New America” vibe. Blastfest is an unusual event for sure, but it’s also part of a tradition of independent event promoting–and simply independent doing–that is dear to a virtual community of like-minded artists worldwide.

The new recycling bins arrived at my apartment this morning in JP. I made quick video about them.