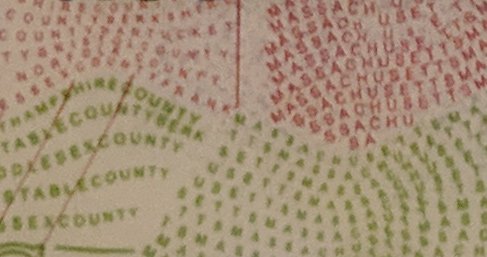 The doorman at Bijou on Stuart Street was a bit suspicious of the young-looking woman with the Maine license trying to get into the club one October night, even though her ID checked out OK on the computerized scanner he uses. So he turned to a trick police and the more experienced door staff use to ferret out people with fraudulent IDs: He asked her the state capital. When she replied "Augusta," he let her in - because most people who get fake IDs don't expect to be quizzed on facts about the state they're allegedly from and can't answer such questions.

In hindsight, he told the Boston Licensing Board this morning, he wishes he'd gone an extra step and asked her to show him her Instagram and Facebook pages on her phone, because the underage Suffolk student wound up unconscious in a restroom stall, possibly from too much cocaine, leading to the club's appearance before the board to explain the "intoxicated underage patron found onsite."

According to police, club managers and the doorman, the woman appeared totally fine when allowed in. But shortly before closing, two off-duty nurses who happened to enter a Bijou women's room rushed out to tell staffers to call 911 because there was an unresponsive woman inside one of the stalls.

As EMTs arrived, a club manager said, he went up to the woman's panicked friend and asked her what was going on. At first the woman said she didn't know, but the club manager, who said people who have too much to drink don't just go out like that, said he pressed her, that it was important to know what had happened to her to get her the right kind of medical help. "Come on, this isn't booze," he recalled telling her. He said she then acknowledged her friend had been both drinking and doing cocaine.

The manager continued that he was unable to find any evidence the woman had actually bought any alcohol in the club - her name did not appear in the night's credit-card receipts and none of the club's bartenders recognized her.

The board considers Thursday whether Bijou had any blame for the incident and, if so, what punishment to levy.

After hearing the evidence, Boston Licensing Board member Liam Curran raised a suggestion for the doorman and his counterparts at other clubs across the city: Buy a jeweler's loupe.

Curran said that while the Chinese counterfeiters who sell fake licenses online have gotten really good at their craft - to the point of churning out IDs that can beat computerized scanners, it turns out there's one thing they still haven't been able to do: Replicate the "micro-printing" many states now embed in their official IDs. Many of the wavy lines on a Massachusetts license, for example, actually consist of the name of the state or the name of its counties repeated over and over.

Curran said the words, which many, if not most, people, can't pick out, are viewable with a jeweler's loupe.

"It's something I'll look into," the Bijou doorman said.

Remember, kids, don't OD on cocaine unless you're over 21.

Does Boston even prohibit entering a club if you're under 21 but not drinking?

They don't let you in unless on a specified all ages night.

But is that a city rule? Or

But is that a city rule? Or could a club or bar decide to make every night an all-ages night?

Fake ID when they raised the

Fake ID when they raised the age back up to 21 (no, I was not grandfathered, I lost my privilege), made a fake ID. It was actually real with someone else's info. Worked great until I got to the Casino at Hampton Beach NH. Damn rent a cops, even though they quizzed me on my social and handwriting, they didn't believe me. Things got tense and I took off and they chased me.

A bunch of us were renting up there for the week and after being back at the cottage for about an hour - went back to the Casino to finish watching the Talking Heads with one of the guys.

Other than the chase - good night! Good license tampering ain't so easy now a days..

Knew the Capital / ID made it through the scanner, club should NOT, I repeat NOT be liable here.

You do not have to repeat it

You do not have to repeat it when you type it. Over.

The club did more than reasonable due diligence. Completely stupid.

We need some state law that defines when enough is enough for bars to do.

And that state law gives the local licensing board the authority to hold hearings to determine what happened and whether the establishment did the right thing.

Just because they can doesn’t mean they should

This was a complete waste of time for everyone involved aside from the licenising board and the attorneys.

About the jeweler's loupe,

"It's something I'll look into, the Bijou doorman said.

(Is the next story about a blind carpenter who picked up his hammer and saw??)

My suggestion would be to lower the drinking age

back down to 18. 21 is ridiculous. 18 is a legal age of emancipation and when the law considers you no longer a child, but an adult. 18-20 year olds should not be babied. When people from other countries similar to the U.S. find out the drinking age is 21, they laugh.

And the legal cocaine age

And the legal cocaine age should be 18 too, you think?

Yes, actually, but that's a whole other can of worms....

Will the cost of the jeweler's loupe be deductible from the licensing fee the bar pays for renewal?

"It's something I'll look into," the Bijou doorman said.

Yeah... underage, ODing on cocaine and alcohol, and passing out in a club's shitstall is not a way to go through life.

The Good Life ends in a couple weeks
Police hunt guy they say punched a man to the pavement outside Theater District club, then fled on a private bus
Chinatown restaurant to lose liquor license for a day after getting found with underage drinkers two nights in a row
Tufts Medical Center doctor fired after arrest in child-sex sting
Man charged with closing-time quadruple stabbing in the Theater District
Life without parole for man convicted of kidnapping and killing Jassy Correia in 2019