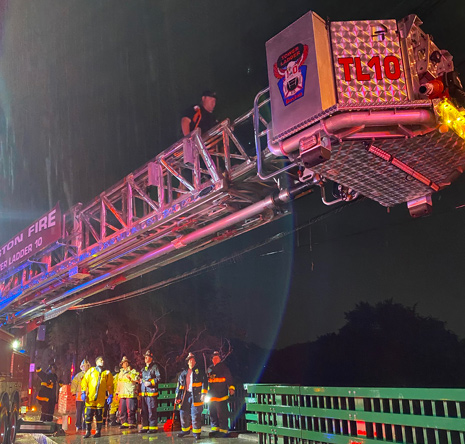 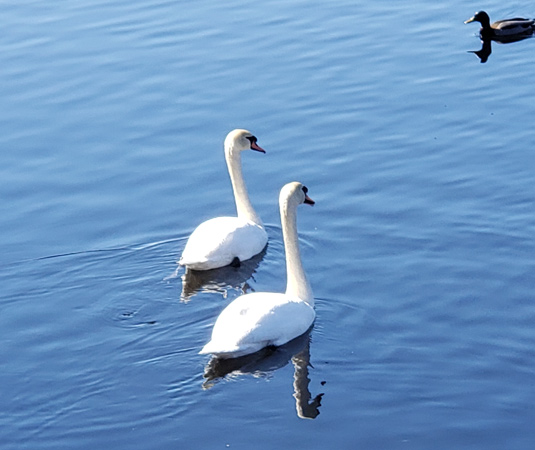 Mark McDonald reports that an apparently lonely swan in Mill Pond - the part of the Mother Brook that River Street crosses in Hyde Park - seemed to be a bit happier today now that its partner has rejoined it after several weeks of absence. 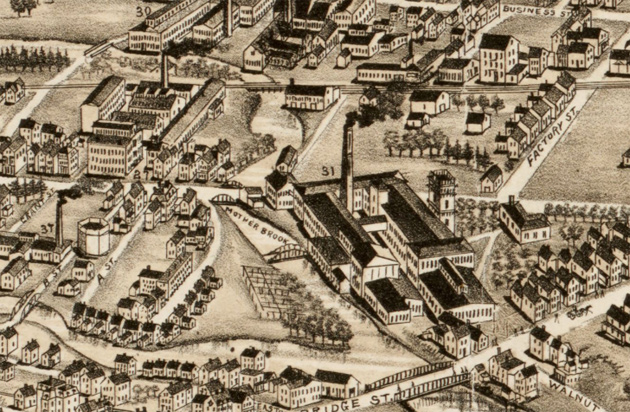 The federal EPA is considering whether to designate the Neponset River from Hyde Park to Lower Mills as a place so polluted it requires federal funds and expertise to help clean it up. Read more. 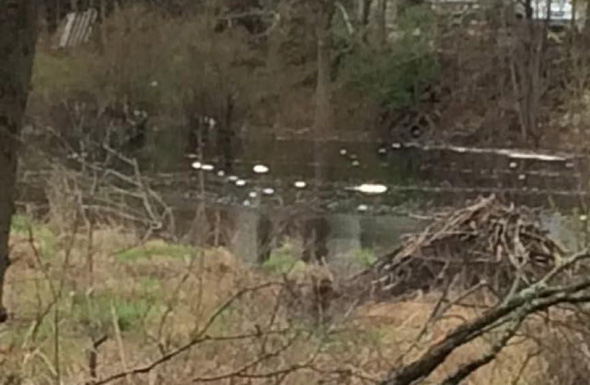 A concerned citizen files a 311 complaint about the stuff floating down the Mother Brook in Hyde Park today:

Construction debris floating down Mother Brook. Most likely from construction in Dedham. 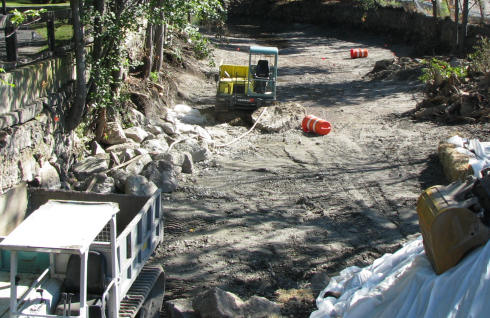 When the Mother Brook was diverted in 2007 for a cleanup.

A federal appeals court this week ruled the corporation that owns the Shaw's in Hyde Park is due a refund of the more than $3.5 million it paid to remove PCBs from the Mother Brook after a jury determined neither the supermarket nor its manufacturing predecessor on the site had anything to do with the chemical winding up in sediment in the brook. Read more.

Sunset over the Mother Brook 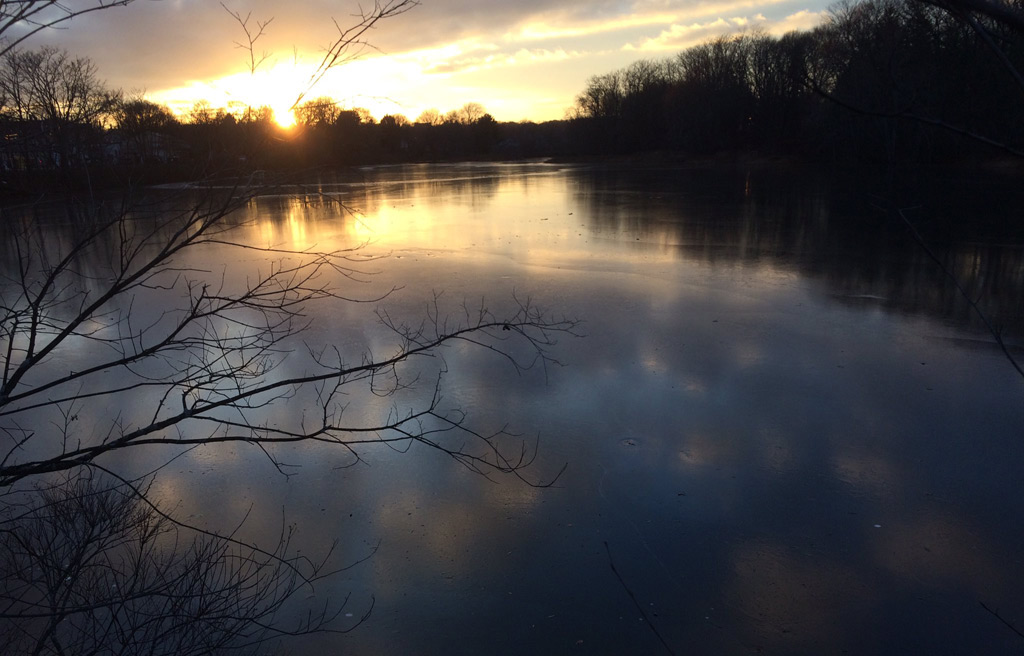 Mark Smith watched the sun go down today over the frozen surface of the Mother Brook in Hyde Park. 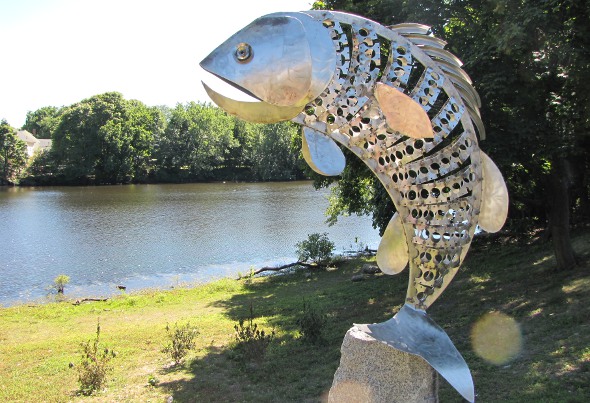 In 2012, Dedham sculptor Gints Grinbergs donated this statue, titled Largemouth Bass, to Dedham, which placed it on the banks of the Mother Brook, where Bussey intersects with Curve and Colburn.

Brake for goose: It could save your life 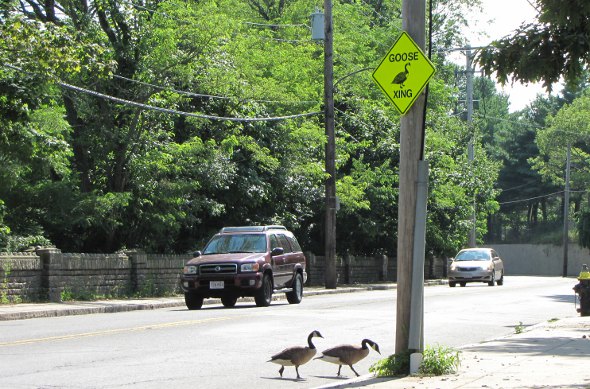 On River Street outbound from Cleary Square, just before Turtle Pond Parkway, there's this Goose Crossing sign. This afternoon, what seemed like endless squadrons of geese took full advantage of the sign, crossing from the Mother Brook to their ancestral grazing grounds on the large field across the street.

Hey, who pulled the stopper out of the Mother Brook?

There's probably a good reason why the "pond" off Sawmill Lane and Milton Street in Dedham has been allowed to dry up and become a giant field of mud with a rivulet meandering through it. Like maybe the state's planning to clean up all the shopping carts, scooters, computer monitors and other stuff that's been dumped there (anybody know?).

In the meantime, though, parts of it now look more like something out of a region at the beginnings of a prolonged drought (the other side of Sawmill is apparently more fertile - it's full of green plants):

Time to clean up the Mother Brook

Rob Villegas makes the case to do more to clean up and promote America's oldest canal, which starts at the Charles, flows under the Dedham Mall and reemerges on the other side of Washington Street to flow through a few picturesque stretches but also behind a lot of "grubby dilapidated buildings" and with a lot of stolen shopping cars in it before meeting up with the Neponset.

Quality service on the Mother Brook A contractor for the state (I assume) has been busy in recent months dredging and re-lining the Mother Brook near where it connects with the Neponset. In the process, the company's cleared away a lot of brush and brambles and trees (oh my), exposing such things as the side of the old Morrell Builders Supply Co. building on Hyde Park Avenue (now the PMDI building). At least at Hyde Park Avenue, the work makes the brook seem a lot wider (you can also see they haven't yet taken out the three pipes that were diverting the brook for awhile): Above: What used to be the Mother Brook, from the Hyde Park Avenue bridge.

Anybody know why the Mother Brook in Hyde Park is being diverted into three pipes from the Shaw's to the Neponset River? General de-mucking and wall repair, or are they looking for something (Jimmy Hoffa's body)?

Bonus fun fact: The brook is the oldest canal in North America, built in 1639 to power mills in Dedham (although the manmade part only went from the Charles to a point just on the other side of what is now Washington Street, where it connected to a Neponset tributary called East Brook).

Dedham chimes in: Brian on myDedham wonders if Dedham should try to enforce the 170-year-old court decision under which at least up to one-third the Charles is supposed to be diverted into the brook; currently, it's only about a fourth.

Apology: To anybody who remembers when that song managed to top the charts. The river part popped into my head when I saw the brook bottom and now I can't get it out of my head and misery loves company, right?