Good thing nobody needs to take Acela to Washington on the weekend, right?

A Norfolk Southern coal train derailed on the Northeast Corridor tracks in Aberdeen, MD, forcing Amtrak to halt most service, including all Acela trains, south of Philadelphia. Amtrak says it's hoping to restart full service on Monday, but that depends on whether they can get the tracks rebuilt and all that coal off the tracks by then. 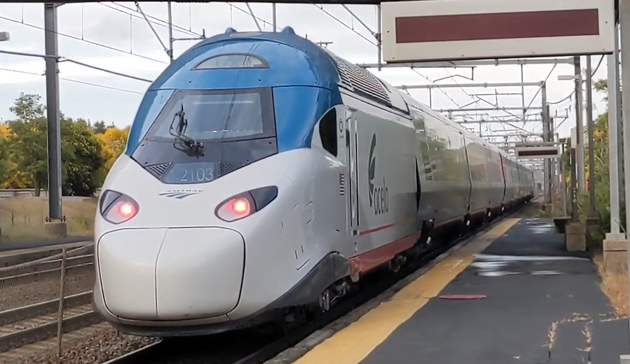 But this time, not on the Orange Line. The Washington Post reports Amtrak is delaying the introduction of new Acela trains by a year partly because it turns out they need some work due to the fact they're incompatible with the Northeast Corridor's tracks and overhead power lines. But, of course, Amtrak is also blaming Covid-19. 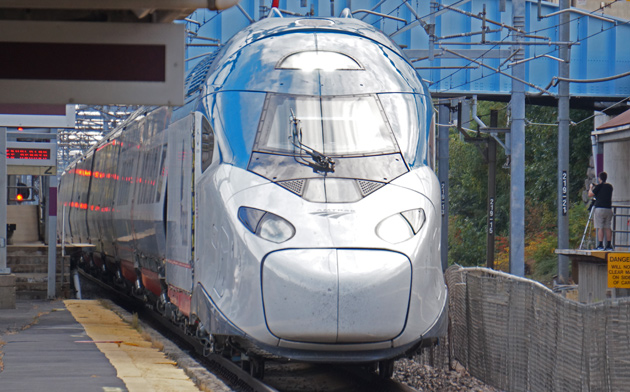 One of the first of the 28 new trains that Amtrak plans to replace the current Acela trains with made it to the end of the Northeast Corridor at South Station today. Read more.

Amtrak has cancelled all Acela Express service due to a lack of demand caused by coronavirus restrictions. You can still take a slower Acela Regional train to points south, but Amtrak is now running 40% fewer of them (the railroad has also reduced Downeaster service to and from Maine).

Starting Monday, Amtrak is cutting its Northeast Corridor service to Saturday schedules; there just aren't as many people riding Acela these days.

New Acela trains could be late

WTOP in Washington reports an audit has found a good chance that the 28 new trains Amtrak was planning to begin rolling out next year could arrive late due to both manufacturing and management issues; delays could mean significant losses because the new trains can carry more passengers.

New Acela Fleet Video on the Move at Hornell

Amtrak has released some video of one of its next-generation Acela trains outside the Alstom factory in Hornell, NY. It's scheduled for a trip out to a federal train-testing facility in Colorado next month. Read more.

Acela train sort of falls off tracks in New York, hits another train; no injuries

NBC New York reports on the incident involving Acela Express 2151, which derailed as it was pulling into Penn Station around 9 a.m., then hit a New Jersey Transit train.

Gentlemen, you can't talk in here - this is the Quiet Car!

David Yamada ponders the sort of people who think the first rule of Acela Quiet Car (namely, "Be quiet!") doesn't apply to them and what to do about that.

The Boston Business Journal reports the T and Amtrak have resolved a legal beef that at one point led to Amtrak threatening to terminate Acela service north of Providence. Read more.

Somebody was hit by a train near Mansfield station this afternoon. The station itself was shut - and the parking lot is closed - and delays persist along the Providence Line.

The Boston Fire Department reports firefighters responded at 3:49 a.m. to South Station for a fire in the ceiling above tracks 5 and 6: Read more.

Collision knocked engine off tracks; here it's been put back. Photo by TPD.

UPDATE: The death toll was updated late this morning, after authorities found a third body.

Two men and a woman in an SUV sitting on the Northeast Corridor tracks in Mansfield died when a Amtrak train heading to Boston slammed into the vehicle around midnight, Transit Police report.

The collision and investigating halted Acela and regional service between Boston and Providence until shortly after 7 a.m., Amtrak reports. Service on the Providence Line was slowed.

Police say they are continuing to investigate why the SUV was on the tracks.

Amtrak rides from hell bedevil people trying to get to Boston

UPDATE: Kary's last communique was at 2:50 a.m., sent from the back of an Uber car in Boston because a) there were no cabs at South Station at 2:50 a.m. and b) she already had the Uber app on her phone.

Kary was on Acela 2168, scheduled to arrive in Boston at 8:43 p.m. She reports it broke down in Connecticut west of New Haven. And then just sat there on the tracks, for 2 1/2 hours - 2 of them with no power - and no working restrooms.

Bostonian pays it forward on Acela

BosGuy provides more anecdata that Bostonians aren't so mean after all.

Snow proves too much for Amtrak, again

The Federal Railroad Administration today awarded the money to the state to begin planning seven new tracks at South Station to support new commuter-rail and Acela service to and from Boston. The new tracks would terminate at what is now the post office on Fort Point Channel; federal and state officials continue to work on moving that facility nearby.

State transportation officials say a $120 million grant to Connecticut will upgrade the tracks between New Haven and Springfield, which will eventually allow for more service between Boston and New York inland, rather than along the coast. Amtrak recently said it would use this route to dramatically cut travel time between the two cities - over the next 40 years.

The Boston Fire Department is on scene at the main rail line through Hyde Park, where wind toppled a tree onto the inbound catenary lines, causing it to burst into flames. Rail traffic was stopped in both directions as firefighters awaited the arrival of an Amtrak crew who could turn off the power to allow the charred remnants to be removed and to inspect the wires for damage.

Acela train may have hit something in Roslindale, but whatever it was, it wasn't a person

Boston Fireman reports Boston rescue crews and Amtrak police rushed to the tracks near Hyde Park Avenue and Cummins Highway around 11:40 a.m. this morning, initially on reports the train hit somebody. Boston Fireman says the incident did mean "residual delays" for train riders on the line.