Rent Prices Are Falling in East Boston - Sort Of 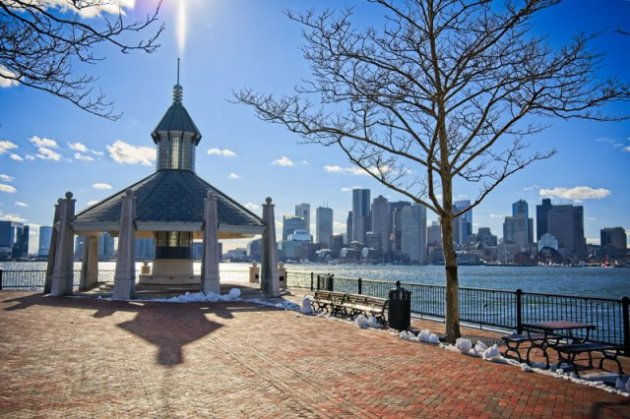 East Boston’s apartment rental market has undergone quite a transformation even before 2020 and the market turbulence that came with it. Over the previous 10 years, rising rent prices in neighborhoods close to Downtown were quickly gentrifying East Boston, as renters began looking outward for relief in rent prices. Just a year ago, East Boston was experiencing record low vacancy rates thanks to a steadily growing metro population and a shortage of affordable housing in Boston.

These forces combined to gradually push up prices for East Boston apartments over the past few years. In June of 2020, the price for a 1 bedroom apartment in East Boston peaked at $1900, up from $1750 in January of 2019. Rent prices for 2 bedroom apartments in Eastie had jumped to $2250 from $2120 during the same time span. Now since the pandemic hit town, we’re seeing a bit of a cool down in market conditions, but not as much as you might think considering apartment vacancies in East Boston have increased by 217% compared to February 2020.

All thing considered, East Boston remains to be one of the more affordable neighborhoods to rent in Boston, but why haven’t prices dropped more?

Perhaps the biggest reason why rents haven’t tanked in East Boston and elsewhere is that landlords have been creative with incentivizing renters. Short term uncertainty combined with a mid-long term optimism of a return to normal market conditions has landlords providing up-front incentives to help renters out in the short term, while keeping rent prices from dropping in the long run. Generally less than 10% of rentals provide some sort of reduction in deposit fees in a healthy market, but in the year of COVID we saw upwards of 60% of available units offering a reduction in move-in fees in some neighborhoods. East Boston is no exception. This is great news for renters, as they can look to score deals on apartments in 2021 while inventory problems are still a reality.

This is the biggest single influencing factor contributing to the enormous spike in vacancy rates we’ve seen both in East Boston as well as city-wide. So while remote learning policies are fueling the inventory issues and the subsequent rent drops we’re seeing in some neighborhoods, the fact that most consider them to be a temporary phenomena may be the reason why the reductions in rent prices haven't been more severe. Most landlords are trying to figure out how to just get through the next leasing cycle before remote learning is a memory and Boston’s student population returns for good. Some are even looking at September as the return to normalcy, so they are hesitant to make any big price reductions for fear of getting locked in under market value.

One of the biggest impacts on the local housing economy caused by COVID may not be so temporary: the demand for housing has shifted away from Downtown. 2020 forced many people to reassess their lifestyles on many different levels, including where they want to live. Being trapped in an apartment is cruel and unusual when compared to being quarantined in a condo or house with outdoor access.

As a result, vacancy rates in Downtown increased by 2600% while in outer Boston and the Suburbs, the effects were lightly felt, East Boston included. In February of last year, the East Boston vacancy rate was 1.19%, about the same as the city’s vacancy rate of 1.24%. Now the vacancy rate sits at 3.78%, while the city’s vacancy rate is an unthinkable 5.57%. This proves that demand for housing in East Boston seems to be outpacing that of the City as a whole, which coincides with the trends we’ve been seeing in other border neighborhoods in Boston like Mattapan, Roslindale, Dorhester, and South Boston.

Don’t look for rent prices to start free falling anytime soon in Eastie or any of these outer areas. At least in the short and mid-term outlook, demand for housing will continue to grow in these outer areas while we wait for a resolution to the pandemic, which will keep landlords from having to slash prices as they’ve done in Downtown and Back Bay.

That’s not to say that 2021 won't provide a unique opportunity for renters. These short term uncertainties are fueling landlords to really lower the barrier of entry for renters. We’ve seen landlords offering no or reduced fees for a majority of listings, and we’ve even seen incentives for as much as 3 months rent for free to begin a lease. That means that people may be able to get into neighborhoods where they were previously priced out. We’ll continue to monitor the market conditions as they develop.