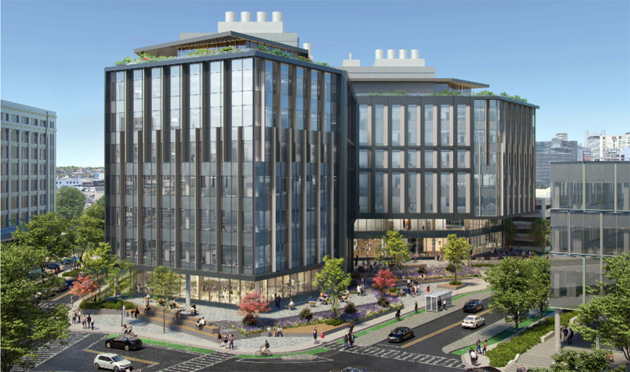 Rendering by SGA and DREAM Collaborative.

A trio of developers have filed plans for a seven-story life-sciences R&D building at 22 Drydock Ave. in the Raymond Flynn Marine Park that will include space for the Gloucester Marine Genomics Institute, which does life-sciences research focused on ocean life, and which plans to use its space for entry-level life-sciences training for BPS students. Read more.

Lawyers working for tips in suit over shoddy robotic pipettes 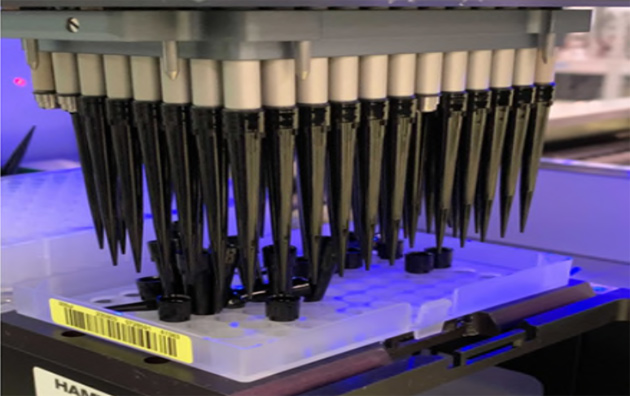 The tray would be empty if the pipette tips of the previous batch met specs, Ginkgo charges.

A South Boston life-sciences company that relies on robotic systems to squirt small amounts of things into tiny containers is suing a company that sold it $3.3 million worth of pipette tips it says kept making its robots stop working. Read more.

Is Boston bringing in extra ambulances from out of town, too?

Kyle Benton spotted this mini-caravan of aging FDNY vehicles on Drydock Avenue today, but speculates they're for filming Madame Web, a Spideyverse movie in which Boston will stand in for New York.

More life sciences proposed for marine industrial park, but with a twist: Some of it will actually be marine focused

A trio of developers say they will soon file detailed plans for a seven-story life-sciences R&D building in the Raymond Flynn Marine Park that will include space for a non-profit aimed at better living through the study of the DNA of marine creatures. Read more.

Boston Sword & Tuna, which move into a new building in the Raymond Flynn Marine Park just two years ago, is seeking BPDA approve for an expansion so it can process more seafood. Read more.

Developer files plans for two life-sciences buildings in marine industrial park; says it will pay to move the actual marine companies now on the site 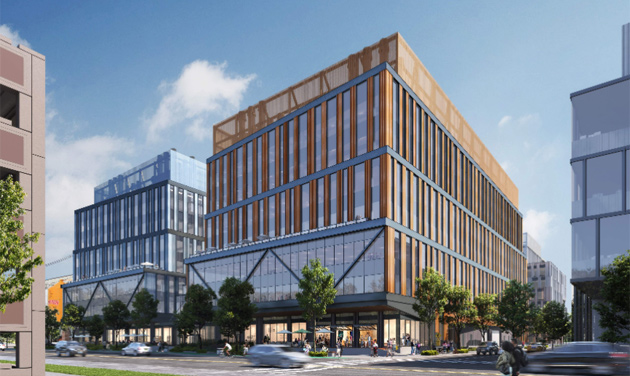 Looks just like the Seaport, but inspired by stacked shipping containers: Rendering by SGA.

Marcus Partners has filed plans with the BPDA for a two-building, seven-story life-sciences building in the Raymond Flynn Marine Park that will require the relocation of the seafood companies that now use the site, which will have a raised first floor to deal with rising sea levels and which is supposed to play homage to the stacked shipping containers and cranes across the Reserved Channel at the Conley Terminal. Read more. 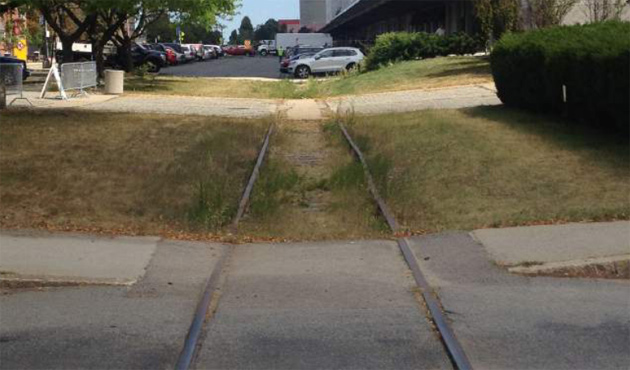 For the second time in five years, the BPDA has concluded it would take a massive infusion of cash for repairs to turn the Raymond Flynn Marine Park back into a fully functioning seaport - and even then, shippers might not come - so instead it hopes to concentrate future development there on alternative industrial and even retail uses, and on "marine" facilities that could be built anywhere, such as seafood processors working with fish brought in by truck rather than unloaded from ships. Read more. 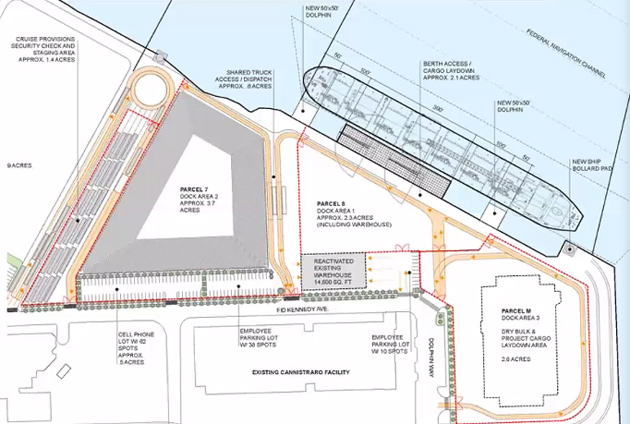 The BPDA board voted today to being negotiations with the operator of the Chelsea salt pile to begin building a similar facility on the South Boston waterfront - as well as a facility capable of handling the shipment of giant turbine blades that could one day power New England from offshore towers. Read more. 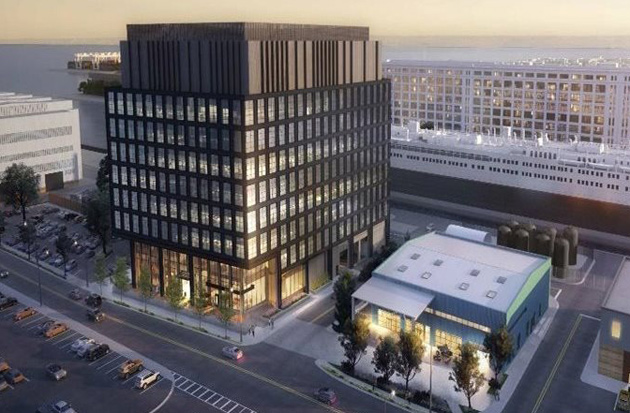 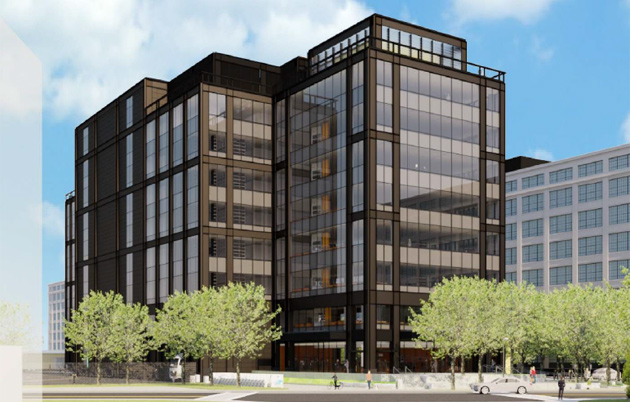 Cronin Development has filed plans with the BPDA for an eight-story building on Drydock Avenue at Tide Street in the Raymond Flynn Marine Park that would feature the seemingly now obligatory life-sciences R&D space as well as space for an actual marine-industrial concern - Boston Ship Repair, which runs the large drydock that gave Drydock Avenue its name. Read more. 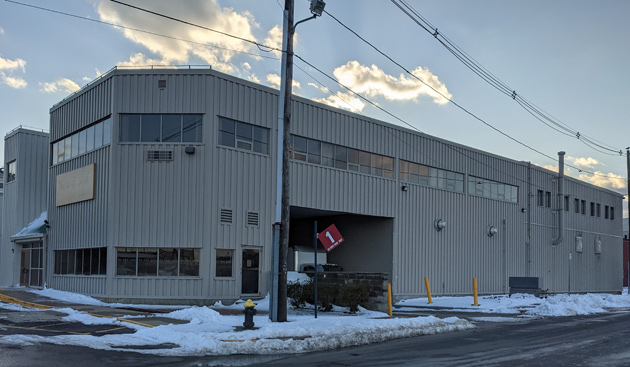 That loading dock out front used to attract gulls, until the company installed screeching loudspeakers.

Harpoon Brewery announced today a series of steps to try to reduce the risks of Covid-19 infection for visitors to its South Boston brewery. Read more.

Developer files plans for innovation building in marine industrial park, but with a lot less innovation than it had once hoped 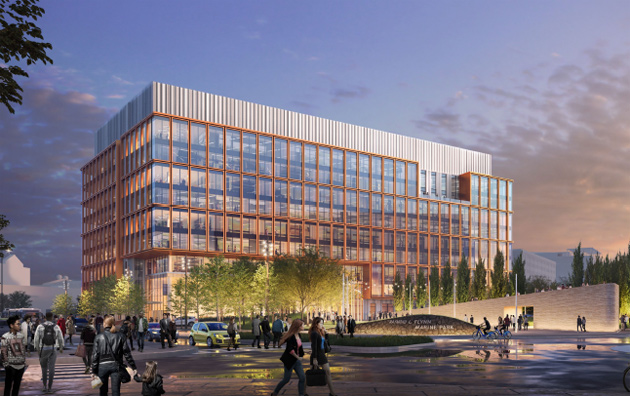 ICCNE, a subsidiary of Millennium Partners, today filed detailed plans for a 10-story, 381,000-square-foot building aimed at biotech research and development in South Boston's Raymond Flynn Marine Industrial Park - where it had once hoped to build an innovation complex seven times larger with aerial gondolas ferrying workers and visitors to and from South Station. Read more. 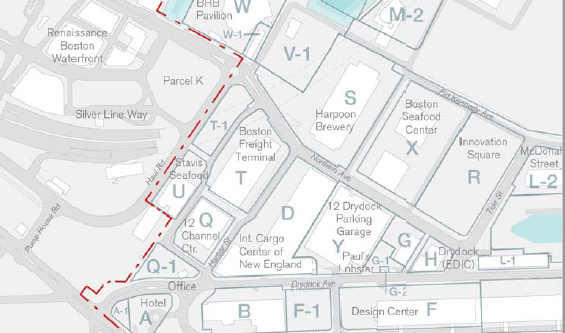 Millennium has plans for parcels T and T-1 at western edge of the industrial park.

Millennium Partners told the BPDA this week it hopes to build a 900,000 office building with shops and restaurants on two parcels it now leases off Northern Avenue in the Raymond Flynn Marine Industrial Park in South Boston. Read more.

A developer has proposed a series of seafood buildings in the Raymond Flynn Marine Park that would include Boston's first public seafood market as well as new space for seafood processors. Read more.

Marine industrial park would get less mariney under city plan

The BPDA is seeking state approval to allow more non-marine companies to move into the Raymond Flynn Marine Park, saying there's just not that much demand for decaying waterside facilities with no rail access, while there's tons of demand for space for R&D space and meat processing. Read more.

New Boston Food Market, a co-op that owns food-processing facilities in the no-longer unknown Widett Circle, has signaled its intent to build a two-story fish-processing plant, to be shared by several fish processors, at 3 Dolphin Way, at the end of Fid Kennedy Avenue in the Raymond Flynn Marine Industrial Park. Read more.

The Board of Appeal today approved a plan by Harpoon Brewery, 306 Northern Avenue, to run a beer garden on Friday and Saturday evenings at its brewery at 306 Northern Ave. in the marine industrial park. Read more. 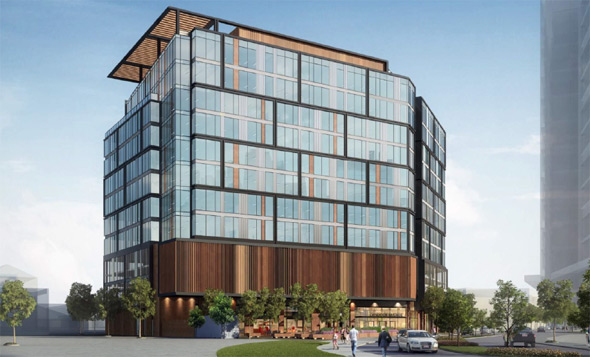 Skanska today filed its detailed plans for the 13-story office building it wants to build on what is now a parking lot in the Raymond Flynn Marine Park (the former Boston Marine Industrial Park). Read more.