Election roundup: Landlords who evict in the pandemic are giving money to all the major candidates for mayor

Schoolyard News reports on an effort to get a (non-binding) question on the November ballot on whether to return to an elected School Committee. Read more.

John Barros said yesterday it's time for the city to require its employees to either get vaccinated against Covid-19 or submit to weekly tests.

John Barros, who worked to increase affordable housing in Roxbury and Dorchester as head of the Dudley Street Neighborhood Initiative, released an affordable-housing plan that includes a transfer tax on property transactions to fund more housing, reducing regulatory requirements on construction of affordable-housing units, turning over more city land for building affordable units, increasing the number of affordable units developers have to include in their market-rate projects and working towards greater investment in the city's public-housing complexes. Read more.

Election roundup: Out-of-towners take a financial stake in Boston mayoral race, which includes at least two candidates you might not know

WGBH reports some 57% of the money raised by our fair Hub's candidates for mayor come from outside the city limits - although much of that is from people who at least live in places where they could take the T or easily spot an "Entering Boston" sign on their morning commute. Read more.

A year-old debate over the future of Boston Pride has spilled into the mayoral race, with candidates Andrea Campbell, Annissa Essaibi George and Michelle Wu announcing yesterday they won't be at a Pride-sponsored forum this Monday. Read more.

The State House News Service reports the candidates aired Methadone Mile plans at a forum sponsored by the Suffolk County Sheriff's Department, which has one of its facilities in that area. Read more. 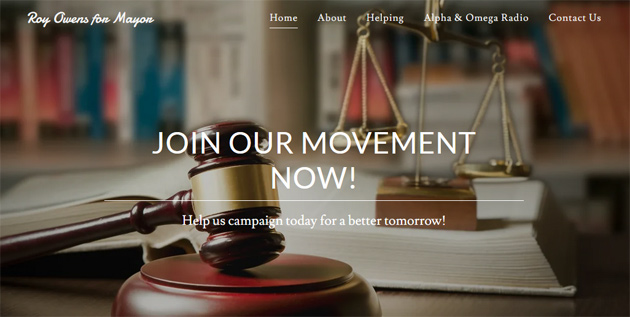 Annual candidate Roy Owens, who normally contents himself with losing races for state rep and city council in Roxbury, wants to try losing a bigger race this year - for mayor. Read more.

John Barros today called for disclosure of all BPD internal-affairs investigations of Boston cops over the past 30 years, and now, not after he's elected. Read more.

Candidates for mayor begin to define themselves in forum

Five mayoral candidates discussed issues today in a forum sponsored by the Wards 4 and 5 Democratic committees, moderated by WGBH's Callie Crossley. Acting Mayor Kim Janey bowed out at the last minute to take part in a City Hall press conference with DA Rachael Rollins about the Chauvin verdict.

Some of the topics: Read more.

Ashawn Dabney-Small, just 18 when he announced his run for the District 3 council seat (Dorchester) now held by Frank Baker announced today he won't be running for the seat after all. Read more.

Remember when the City Council rushed to get a measure to the State House to eliminate the possibility of four separate elections for mayor this year, and the legislature and the governor agreed and then Marty Walsh didn't wind up getting confirmed until after the date that would have triggered the extra special elections anyway? Read more.

Barros is in; to make announcement in morning

John Barros, who ran for mayor in 2013, will try again this year. He's scheduled a 10 a.m. press conference at Restaurante Cesaria, the Dorchester restaurant he has owned for the past 20 years. Read more.

The Globe reports that Andrea Campbell is considering far more substantive changes at BPD than we've seen of late, including a $50-million reallocation of BPD funds to "public health, economic justice, and youth development" and the elimination of the BPD gang and bicycle units. Read more.

WBZ reports state Rep. Jon Santiago of the South End is looking at running for mayor. The Globe reports that John Barros, who ran in 2013 (and then became one of several candidates winner Marty Walsh brought into his administration) is close to making an announcement.

Arroyo and Barros are on board:

Barros and Arroyo back Walsh

Former Mayoral Candidates John Barros and Felix Arroyo endorsed Martin Walsh for Boston Mayor today. Inclinations why these endorsements occurred had to do with Arroyo supporting Walsh because of his union support and Barros supporting Walsh due to his differences with Connolly regarding the Boston Public School system and Barros being a former School committee member.

I expect Charlotte Golar Richie to endorse Connolly later in the week which will neutralize the impact of these endorsements.

The Globe reports that with a little more than a week to go, nearly a third of voters still haven't settled on a mayoral candidate to fill in an oval for. Among candidates who actually say things at forums, John Connolly has a tiny lead.

The ever tightening race for Boston Mayor has taken a new twist as Former State Representative and Former Menino and Deval Patrick Lieutenant Charlotte Golar Richie has surged into 2nd place in a new Boston Globe Poll conducted by the University of New Hampshire with a plus or minus 4.8% margin of error.

The Globe reports on a forum in Dorchster last night, in which Barros, former head of the Dudley Street Neighborhood Initiative, compared the law-enforcement response to the Amy Lord murder with the response to murders in Roxbury.